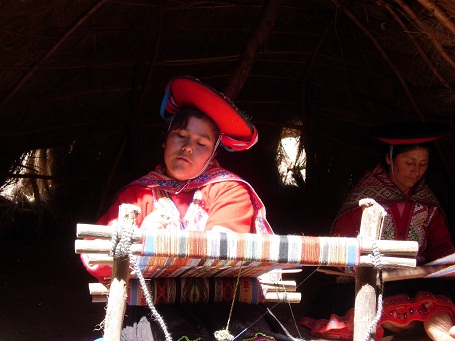 Using social media as the primary means of communication, Planeta.com and partners have designated the week from 4 August 2014 as Indigenous Peoples Week: an "annual celebration of social web storytelling about indigenous peoples and tourism around the world." Indigenous peoples are widely used by national tourism boards in marketing, and many tours sell visits to villages of indigenous people as part of their cultural tourism offerings, but all too often indigenous people are a tourist 'attraction', but don't themselves control how they are packaged and marketed, or run the companies that profit from indigenous tourism experiences. Planeta.com is hosting an 'unconference' this week on themes including biodiversity conservation, crafts, cultural heritage, food and literacy. For more information and to take part, visit http://planeta.wikispaces.com/indiweek2014 and https://www.facebook.com/indigenoustourism.

At its' very worst, tourism can exploit indigenous people, exposing them to diseases they may have no immunity to, and treating them in the same way as animals in a zoo, as in the notorious 'human safaris' which hit the headlines in 2012 in the Andaman Islands of India. When indigenous tourism is controlled by indigenous people themselves, it can not only be a valuable source of income, but help to preserve traditional cultures.

In Australia, the Indigenous Tourism Champions Program is promoted as a key pillar of Tourism Australia's "Reconciliation Action Plan (RAP)" which aims to close the gap between Indigenous and non-Indigenous Australians. Earlier this year Tourism Australia launched its 2014-16 RAP, with 'stretch' level targets to increase Indigenous employment within the organisation together with a number of other longer-term strategies to advance opportunities for Indigenous people. According to Tourism Australia, 14% of international visitors to Australia participate in an Aboriginal cultural experience during their visit, worth Aus$5.6 billion annually.

Tourism Australia Managing Director John O'Sullivan says: "Australia has the oldest living culture of anywhere in the world and our Indigenous Tourism Champions are the critical connection to sharing the story of our cultural heritage with international visitors when they are here".

"The quality and range of Indigenous tourism product available to international visitors is growing and this is very much to the credit of our 'Champions' who continue to generously share their culture through authentic and compelling tourism experiences".

Speaking at a conference in Alice Springs, Australia, he said: "Just in British Columbia we have over 250 businesses.

"We provide employment to 3000 people on an annual basis.

"We just finished the summer and we had about four million people looking for Aboriginal tourism in British Columbia and we don't have nearly enough businesses to provide that."

In 2012, the World Indigenous Tourism Alliance (WINTA) was formed to give practical expression to the United Nations Declaration on the Rights of Indigenous Peoples through tourism.