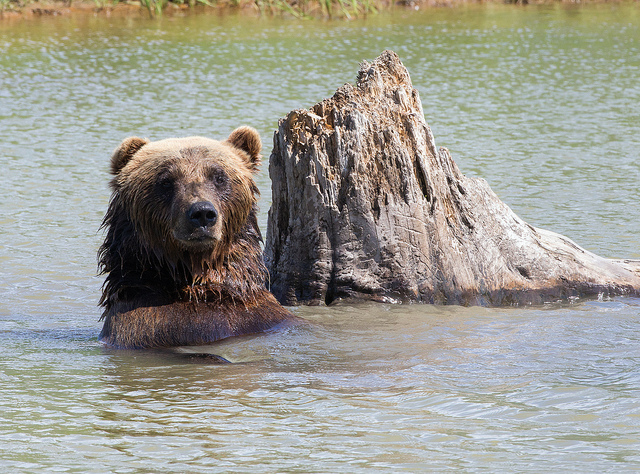 According to research released on 7 January, bear viewing ecotourism in British Columbia's Great Bear Rainforest (GBR) "generates far more value to the economy" in terms of revenue, taxes, and jobs than the older and more well-established trophy hunting of grizzly and black bears.

The study by the Center for Responsible Travel (CREST), Economic Impact of Bear Viewing and Bear Hunting in the Great Bear Rainforest of British Columbia, determined that in 2012, bear viewing in the Great Bear Rainforest generated 12 times more in visitor spending than bear hunting and over 11 times in direct revenue for BC's provincial government.

The study further found that bear-viewing companies directly employed an estimated 510 persons in 2012, while guide hunting outfitters generated only 11 jobs that same year.

The research is published at a time of public controversy over trophy bear hunting. In 2012, the Coastal First Nations, representing some 20,000 First Nations people who are seeking greater control over the GBR, announced a ban on trophy hunting of bears throughout the region. They argued that, among other reasons, trophy hunting is threatening the growing ecotourism industry centered on bear viewing. The BC government, contending that the province has the sole authority to regulate hunting, has continued to authorize hunting of black and grizzly bears in the GBR.

"Given the sensitivity of the debate and the range of statistics being cited for the value of hunting and viewing, CREST decided to undertake an impartial, academically rigorous analysis to try to nail down the numbers," says CREST Co-Director Dr. Martha Honey who led the project. "Our findings clearly show that bear viewing is today of far greater economic value than bear hunting in the Great Bear Rainforest and that bear viewing is growing, while bear hunting is declining."

The study also reports that while bear viewing brings thousands of international tourists from Europe, Asia and the United States, thus benefiting the Canadian economy, there were only 74 hunters from outside BC in 2012, of which 80% were from the United States.

Economic value figures show that bear viewing in the GBR generated expenditure of over Can$15 million, while non-resident hunting gave expenditure of just under Can$1 million. Total estimated revenue to the BC Government is around Can$1.7 million from bear viewing and just Can$90,000 from hunting guide outfitters.

The 130-page study can be downloaded at: www.responsibletravel.org. Those with access to the CAB Abstracts Database can find over 200 papers indexed on bear hunting or viewing. The CABI book "Managing Outdoor Recreation: Case Studies in the National Parks" includes two chapters on bear viewing in North America.