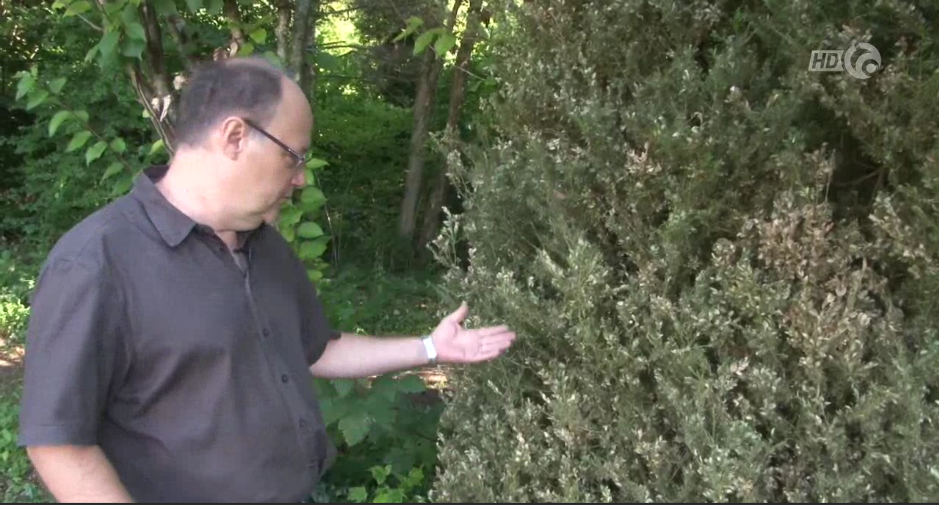 CABI's Dr Marc Kenis talks to television station Canal Alpha about the evolving threat of the box tree moth (Cydalima perspectalis) in the Swiss Jura region. Dr Kenis will hold a conference in Delemont on September 20th to discuss measures to control this threat.

"They have been found in Switzerland since 2007, and in Jura since 2010, but this year the population of caterpillars and their damage has exploded in the region. They are an insect from Asia that was probably brought here accidentally, but now they question the survival of the natural ecosystem."

Click here to watch the full video (in French).