As Locog winds up, what is the London 2012 legacy? 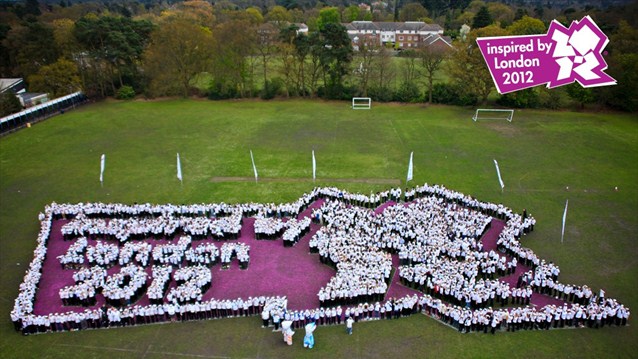 Around ten months after they opened, the London 2012 Olympic Games are becoming a distant memory, but as another summer begins the efforts to ensure lasting legacies continue. An unexpected surplus in the final accounts of the London Organising Committee of the Olympic Games (Locog) means a minor windfall for legacy projects, while yesterday London Mayor Boris Johnson got together with Australian cricketing legend Shane Warne to publicise volunteering opportunities in the hope that one of the big Olympic success stories, the tens of thousands of volunteers, will continue to inspire.

Shane Warne said "grassroots sport can't survive without the support and dedication" of volunteers as he joined forces with Boris Johnson to announce 25,000 new opportunities for Team London volunteers as part of the legacy of the London 2012 Games.

Mr Johnson is calling on Londoners to offer their time and skills to a range of projects from planting a community garden, time keeping at fun runs, or helping young people with job skills, to volunteering at major sporting and cultural events like Ride London, the Greenwich and Docklands Festival and the ICC Champions Trophy.

Warne said: "It's a true delight to be supporting the Mayor of London's volunteering drive.

"We all saw how much of a difference the many thousands of volunteers made last summer during the London 2012 Games. I can't be enthusiastic enough about people joining in, even if only for a few hours now and again, they can still make a difference.

"Grassroots sports can't survive without the support and dedication of good people of all ages and backgrounds."

Volunteer charities were among the winners this week when Locog announced a £30 million surplus in their final accounts. Most of the surplus goes back to the government, and the British Olympic Association gains £5.3 million, while a total £1.3m will be donated to Games legacy projects as part of an agreement with the National Lottery. The International Inspiration sports legacy charity will receive £1m and the Join In Trust (which aims to use volunteers to run sports and other events) £300,000.

London 2012 sponsor BT last week signed up as the first commercial sponsor of the Join In Trust, which is headed up by former Locog marketing director Greg Nugent and ex-ITV chief executive Sir Charles Allen.

BT will work closely with Join In to raise the profile of volunteering over the coming months and will provide volunteering opportunities at sports clubs and community groups across the UK.

Volunteering, sport participation (both grass roots and elite), tourism and urban regeneration are just some of the legacies which were hoped for from London 2012. The success of some of these aims has been called into question, with recent news for example of over one third of school teachers reporting a drop in the number of children exercising. In April, a report on the Olympics by the Public Accounts Committee of MPs warned that the government had no clear plan for capitalising on the legacy of the games, which was in danger of "fizzling out". The tourism industry group Tourism Alliance has also claimed that falling tourism funding risks any potential tourism legacy from the Games.

Links to several legacy organizations are given below. CABI's Leisure Tourism Database currently provides abstracts for 100 papers on Olympic legacies, and has a wide range of news and review articles on the topic. A few of the more recent studies are listed below..