The value of National Parks

National Parks all around the world attract many millions of visitors, help to protect habitats and wildlife, and provide areas where urban dwellers can go for a break from their normal lives. The world's first national park is generally held to be Yellowstone National Park, established in 1872 in the USA. But while parks and other protected areas are still being established, many existing ones are under pressure from growing populations, recreational pressure, and not least from tightening public purses. So it's probably not entirely coincidental that a report on the economic value of national parks in the USA, where the concept was first put into practice, was released on 1 March, the same day that 'sequestration' – the automatic implementation of budget cuts implemented when legislators failed to come up with a new budget deal – came into force, with national parks hit along with all other areas of government spending. 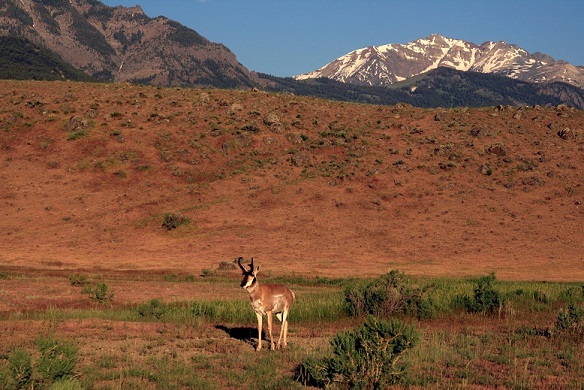 According to the report released by the National Park Service, visitors generate $30.1 billion in economic activity and support 252,000 jobs nationwide in the U.S. in 2011. The statistics for 2011 are based on the spending of nearly 279 million national park visitors; more than one third of that total spending, or $13 billion, went directly into communities within 60 miles of a park. The numbers are on par with previous years. The National Park Service has also released its 2012 visitation numbers showing an increase of 3.8 million over the previous year for a total of 282.8 million visitors to the National Park Service's 398 parks.

The total operating budget of the entire NPS is about $3 billion, so the NPS says that parks generate $10 for every $1 they receive – quite apart from the ecosystem services they provide, and the physical and emotional benefits which visitors receive from outdoor exercise and simply from being in natural environments. But sequestration will mean (on a 12-month basis) a cut of about 8.2 percent of its annual budget ($218 million) from its operating resources on March 1, 2013. The director of the National Park Service, Jonathan Jarvis, issued a memo to all employees on February 26 saying that officially the NPS would take a five percent reduction in funds, or about $134 million for the remaining seven months of the fiscal year.

In practical terms, this means 'furlough' for permanent employees, reduced numbers of seasonal employees, and many parks, visitor centres and trails either remaining closed or having reduced opening periods. Lack of maintenance may close trails. Among the immediate cuts hitting the news in the U.S., the iconic park of Yellowstone will delay the opening of its north and west entrances by a week until April 26, and its east, south and northeast entrances by two weeks until mid-to-late May because of the impact of budget cuts on snow removal. The delay will cost related businesses several million dollars, the local Chamber of Commerce says.

"It is important to note that proposed cuts to Yellowstone and Glacier national park budgets will save the federal government $2.5 million, but in all likelihood tax losses due to reduced tourism could offset the savings. Last year, nonresident tourism to Montana generated approximately $253 million in federal taxes," says Jan Stoddard, marketing director for the West Yellowstone, Montana, Chamber of Commerce, quoted by CNN.

Two CABI books published last year discuss the protection and management of U.S. national parks. See below for the details, and for links to the NPS economic impact study and other recent reports on the economic value of outdoor recreation in the USA. CABI's Leisure Tourism Database includes the global literature on outdoor recreation along with regular news articles on the topic. The CABI books listed below are available to subscribers as eBooks.

Towards an ecology of belief: The limits of science for preserving public parks. Guest blog by Will LaPage

The sequester of the national parks – Outsideonline.com article