Looking to the trees of the future 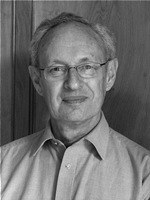 Whilst carrying out research for his latest book, Dr Peter Savill looked to the future of forestry in Britain and the challenges it faces.

One of the most immediate problems, widely discussed in the industry and in the media, is that of the recently introduced fungus Chalara fraxinea, which is expected to kill large numbers of ash trees in the country over the next 5 years. “Ash is the third most common broadleaved tree in Britain and probably the second most common in England, so the disease is going to have enormous effects; far greater than Dutch elm disease had in the 1970s” says Peter.

But what to do about it, and what to replace dead ash trees with, will present major silvicultural and logistical challenges. Other tree diseases are also on the horizon.

Peter is chairman of the Trustees of the Future Trees Trust, which promotes a sustainable long-term strategy for managing tree health by exploiting the high natural genetic diversity within tree species to develop resilient populations.

“Responses to ash dieback will, at least initially”, says Peter, “involve replacing the dead trees with other species. Fortunately, there are several that can be considered – sycamore and Norway maple, sweet chestnut, cherry, oak, lime, and possibly the wild service tree. However, in the longer term it is very likely that ash will return to our woods if breeding resistant populations proves possible and successful.”

The Silviculture of Trees Used in British Forestry (2nd edition) by Peter Savill is available from CABI, with a 10% online discount.

Ash dieback – where are we now?

Image courtesy of Fera The spread of ash dieback in the UK hit the headlines last year bringing the issues of forest health to the fore (see Ash dieback hits British countryside. But what is the current status of the disease? Much has been done since o…