A report from the European Environment Agency (EEA) sets out the staggering cost of alien species – animals and plants brought to Europe from other parts of the world. The cost, and the threat to health and the environment, is said to be greater than expected, costing at least €12bn (£10bn) a year. 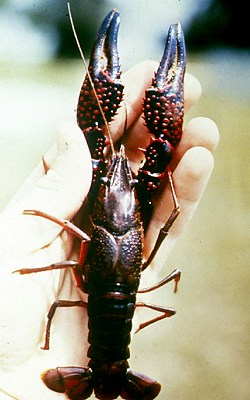 More than 10,000 "alien" species have gained a foothold in Europe, from Asian tiger mosquitoes to North American ragweed, and at least 1,500 are known to be harmful, the EEA said. And the real cost could be even greater than quoted.

"Our number is an underestimate," Piero Genovesi, a lead author at the Italian Institute for Environmental Protection and Research, told Reuters, saying it omitted the impacts of many species such as tropical "killer algae" in the Mediterranean.

The most common reason species are introduced elsewhere is for horticulture, while others may be brought into new areas for other reasons including farming, hunting, and fishing, or as pets, the report notes. Transport is not always intentional – for example, zebra mussels have stowed away in the ballast water of ships to proliferate in European lakes.

Increasing trade and tourism in recent decades may have led to increasing numbers of alien species. Climate change may also play a role in the spread of these species, the report says, making some areas more favourable to plants and animals originally from elsewhere.

Jacqueline McGlade, EEA Executive Director, said: "In many areas, ecosystems are weakened by pollution, climate change and fragmentation. Alien species invasions are a growing pressure on the natural world, which are extremely difficult to reverse."

Among the invasive species highlighted in the report are:-

The EEA urged more focus on preventing the arrival of unwanted species and a better early warning system to sort out the good from the bad. Many introduced species, like potatoes from South America, bring enormous benefits.

The impacts of invasive alien species in Europe