Will climate change win Obama the US election? 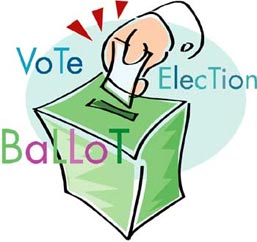 As an editor for the CABI internet resource Environmental Impact, I often read articles, books and reports that suggest the USA is by far the
largest historical emitter of greenhouse gases (GHG), second only to China in total
tons of GHG emitted, and that the US has one of the worst record among developed
countries in making commitments to a global climate change solution. Yet, climate change seemed to have been deliberately forgotten during the elections campaign.

I came across a video today, from an organisation called Ethics
& Climate, which discusses five important climate change points that the
US media has failed to communicate to the general public in the past
25 years.

These failures / points are
listed as:

1.The
strength of the scientific consensus.

2.The
nature of the magnitude of greenhouse gas (GHG) emissions reductions that are needed
to prevent dangerous climate change.

3.The
barrier that the US has been in international climate negotiations, that
started in 1990, to achieve a global solution to climate change.

4.The
essential ethical and moral nature of the climate change problem, a fact that
has profound significance for policy formation.

5.The
nature of the climate change disinformation campaign.

In the
video, Donald Brown, a Scholar in the Sustainability Ethics and Law, at Widener
University School of Law, Pennsylvania, USA, explains how the US media has not
only ignored the scientific consensus and the magnitude of GHG emissions
reduction necessary to prevent climate change, but that most people in the USA are completely unaware that their
country has consistently been a barrier to achieving a global solution to
climate change, despite the fact that it is an indispensable party to a global
climate change solution.

The video also explains the importance of the fourth point,
the ethical dimension of climate change, and how it should be made known and
understood by the US people. This point is often mentioned in discussions about
climate change because often people in the poorest parts of the world, that
have done little or nothing to contribute to global warming, are suffering the
most the effects of a changing climate.

One
question must be asked, will mega-storm Sandy, which devastated parts of the US
East Coast last week make the media and the people of the USA think more
seriously about the possible effects of global warming?

It
certainly made the New York Mayor voice his allegiance in the imminent
presidential elections. On Thursday, 1st November 2012, New York
City Mayor Michael Bloomberg, who was reported to be a political independent,
gave a last-minute endorsement to President Barack Obama for re-election, after
withholding his support from both candidates four years ago, as reported in an article in The Guardian online. This change of
heart to back President Obama was due to Obama’s stand on climate change
issues. According to the report, Bloomberg said he was backing the president
because Obama was best placed to lead the fight against global warming. "Our
climate is changing. And while the increase in extreme weather we have
experienced in New York City and around the world may or may not be the result
of it, the risk that it may be – given the devastation it is wreaking – should
be enough to compel all elected leaders to take immediate action," he said.

In a
statement thanking Bloomberg, Obama called climate change one of "the most
important issues of our time," saying it is "a threat to our
children's future”.

In my
opinion, when the opinion poll reports cannot predict a winner in the US
elections, climate change, via Sandy, may indeed be the wake up call that will play a role in the elections and swing it in favour of Obama, owing to his climate change stand.

The media failure points listed above are also
discussed in more detail in five separate papers linked below:

Link to the
13-minute video.