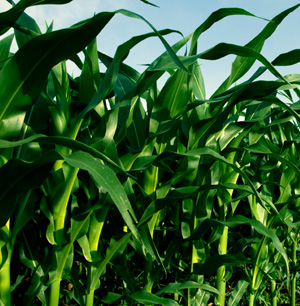 Climate change, high oil prices, and worries over dependence on imported fossil fuels, are just some of the reasons why governments have introduced policies to promote use of biofuels and other renewable energy sources in recent years. In the USA, the Renewable Fuel Standard requires a proportion of the corn harvest to be used for making biofuels, while in Europe there is an EU renewable energy target for transport fuel of 10% by 2020. But pressure groups such as Oxfam have argued that such targets promote a shift of agricultural land towards fuel rather than food production, driving food prices higher, and after the drought in the USA hit corn production this year the United Nations food agency (FAO) called on the United States to suspend its production of biofuel ethanol. This week, the EU has signalled a shift in biofuel policy to encourage energy production from waste rather than from food crops. However, while industry groups such as the Renewable Energy Association claim that the move will harm investment in biofuels, Oxfam says that the policy shift does not go far enough.

The EU's total renewable energy target for transport fuel is 10% by 2020. But now there will be a cap of 5% on the food-based biofuel allowed in the renewable energy used in transport. The Commission will change the 2009 Renewable Energy Directive and the 1998 Fuel Quality Directive. The aim is to shift biofuel production from food crops to farm waste, algae and straw.

The EU Commissioner for Climate Action, Connie Hedegaard, said: "For biofuels to help us combat climate change, we must use truly sustainable biofuels. We must invest in biofuels that achieve real emission cuts and do not compete with food. We are of course not closing down first generation biofuels, but we are sending a clear signal that future increases in biofuels must come from advanced biofuels. Everything else will be unsustainable."

The new policy will provide market incentives for biofuels with no or low indirect land use change emissions, and in particular the 2nd and 3rd generation biofuels produced from feedstock that do not create an additional demand for land, including algae, straw, and various types of waste. All subsidies for crop-based biofuels will be removed post-2020. The minimum greenhouse gas saving threshold for new installations will be increased to 60 per cent in order to improve the efficiency of biofuel production processes as well as discouraging further investments in installations with low greenhouse gas performance.

But Oxfam says that the European Commission has watered down the draft as a result of pressure from the biofuels lobby. In the latest draft legislation, biofuel producers will not be held accountable or forced to reduce the greenhouse gas emissions biofuels cause through the displacement of agriculture on to forested land and carbon sinks (known as Indirect Land Use Change – ILUC).

The European Renewable Ethanol Association (ePURE) rejected the suggestion that biofuel crops were putting too much pressure on food production.
"Global grain use for biofuels is minuscule and nowhere near enough to inflate prices significantly. Singling out biofuels for blame for rising food prices is simply reckless and only serves to damage public confidence in good biofuels", said ePURE's Secretary General Rob Vierhout.

According to Oxfam, existing EU's biofuels policy alone could push up oilseed prices by up to 33%, maize by up to 22%, sugar by up to 21% and wheat by up to 10%, between now and 2020. But speaking to the BBC in August, Harald von Witzke, Professor of Agricultural Economics at Humboldt University, estimated that the 3% of the world's farmland now being used for biofuel was responsible for perhaps one-tenth of the doubling in food prices since 2000.

"So for the time being the expansion of biofuel has had a limited effect on price increases" he said.

The latest research on biofuels, together with news and discussion of the issues, can be accessed at CABI's Biofuels Information Exchange. See also the external links below for information on the EU proposals, comment from both sides of the argument, and a report from Oxfam on the effects of EU biofuel mandates on food prices and production.