IUCN releases list of 100 most threatened species – priceless or worthless? 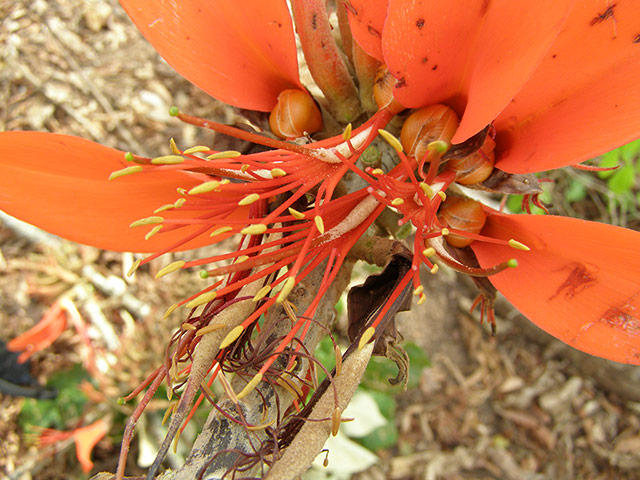 In the beginning of this year, the Union for Conservation of Nature (IUCN) published the Red List of Threatened Species, which showed that the world’s rich
diversity is disappearing at a frightening fast rate, with 1
in 4 mammals, 1 in 3 amphibians, 1 in 3 corals, and 1 in 8 birds being at
risk of extinction. Now scientists from the International Species Survival Commission (SSC) of
the IUCN have released a report listing the world’s
100 most threatened animals, plants and fungi. There is now fear that these
species will be allowed to become extinct because none of them provide obvious benefits to us.

The report entitled Priceless or Worthless? The world’s most threatened species, produced together with the Zoological Society of London (ZSL), was released
during the IUCN World Conservation Congress in South Korea this week.

It is noted in the report that the decline of some of the species is
mainly caused by humans, and their extinction can still be avoided if
conservation efforts are ratified. The publication hopes to push the
conservation of 'worthless' creatures up the agenda that is set by NGOs
from around the globe.

“All the species listed are unique and irreplaceable. If they vanish,
no amount of money can bring them back,” says Ellen Butcher, ZSL,
co-author of the report. “However, if we take immediate action we can
give them a fighting chance for survival. But this requires society to
support the moral and ethical position that all species have an inherent
right to exist.”

The report gives a list of actions that we can take to avoid extinction of these one 100 threatned species, including obvious ones such as educating the next generation, choosing governments that have robust plans with regard to environmental protection, buying less and buying sustainably-sourced food and materials only. We should take action because all species are important insofar as they
are part of our planet’s biodiversity and function – we measure the
health of an ecosystem by the biodiversity or variation of life forms
within it. Besides, we are not certain how extinction of species will
affect the delicate balance of the planet.  Dr Simon Stuart, from the
SSC made this point “All species have a value to nature and thus in turn
to humans. Although the value of some species may not appear obvious at
first, all species in fact contribute in their way to the healthy
functioning of the planet.”

The 100 species from 48 different countries include: the pygmy
three-toed sloth; the saola, which is also known as the Asian unicorn
because of its rarity; the willow blister; and the spore-shooting
fungi. The above image (credited to ZSL/IUCN) is of the coral tree, Erythrina schliebenii
and its information is: Population size: 50 individuals;
Range: Namatimbili-Ngarama Forest, Tanzania;
Primary threats: Limited habitat and small population size increasing vulnerability to stochastic or random events;
Actions required: Complete establishment of forest reserves and continue propagation efforts, ex-situ conservation.

The
United Nations has declared this decade the Decade of Biodiversity.

The CABI internet resource Environmental Impact has a large biodiversity content, including reports from especialised organisations, books, reviews, events listing and subscribers also have access to over 168,000 records from the CAB Abstracts database.

Link to report Priceless or Worthless? The world’s most threatened species.