How tai chi is good for the heart 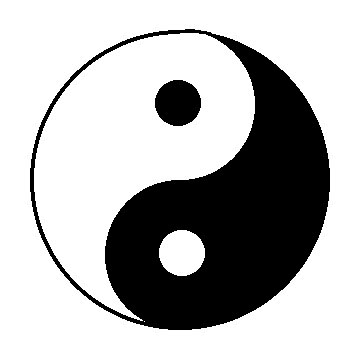 As an Editor with varied responsibilities at CABI, information I come across at work often overlaps with what I do away from my desk. Thus, as a long-time practitioner of tai chi who isn't getting any younger, I was interested when looking for subjects to write about for the Leisure Tourism Database, to come across the latest piece of research on the health benefits of tai chi for 'older adults'.

The study from Hong Kong, recently published online in the European Journal of Preventive Cardiology, found that older subjects regularly practicing tai chi were less likely to suffer high blood pressure, and were physically stronger in particular areas such as the knees.

While it's hardly news that exercising regularly, whatever your age, is good for you, what is interesting about this particular piece of research is that it compares subjects who have similar levels of physical activity, so that the comparison is between tai chi and other forms of exercise. The study involved 65 elderly subjects from Hong Kong, 29 recruited from local Tai Chi clubs who had each practised Tai Chi for at least 1.5 hours a week for three years, and 36 controls with no Tai Chi experience. All subjects' physical activity levels were defined according to metabolic index units as light, moderate and heavy — but there were no differences between the two groups.

Principal investigator Dr William Tsang from the Hong Kong Polytechnic University in Hong Kong, says "this is the first study to investigate the possible effects of Tai Chi on arterial compliance by comparing older Tai Chi practitioners with non-practitioners similar in age and activity level. The improvement in arterial compliance could have resulted from a combination of aerobic training, stretching, mental concentration and calm meditation during Tai Chi movement."

Because Tai Chi can be practised at any time, anywhere, and without the constraints of equipment or a gymnasium, Dr Tsang added that this traditional Chinese exercise could be a good exercise strategy for older adults, both for vascular health and for muscle strengthening.

Unlike some papers on which say they are about 'elderly' or older people, the Hong Kong study is of people with average age in their early 70's. Slightly alarmingly for someone now in my 50's, I found a systematic review in Family Practice claiming to study the benefits of tai chi "in the elderly" which selected studies where the age of the participants was over 50: a little early to be called elderly from my perspective, though I may have thought differently 30 years ago! In another tai chi paper by Thornton et al. found on CAB Abstracts, I'd be very much at the top end of the age range for a study group classed as middle-aged, which in this study was between 33 and 55. But as I head into the age range of 'older adults' as defined in the medical literature, at least I have the reassurance of knowing I'm doing the right kind of exercise to keep me fit and healthy for a while longer!

CAB Abstracts indexes around 100 papers on tai chi. See the references below for further reading on health benefits of this martial art.