Theft! A new threat to glaciers 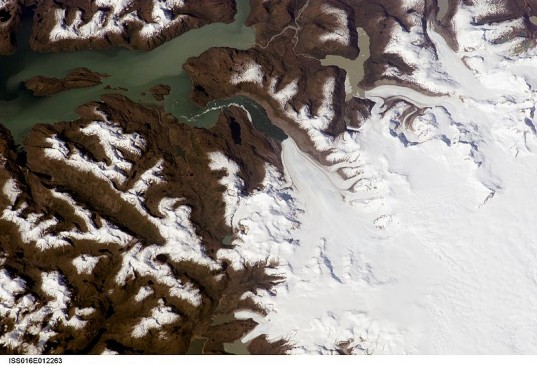 Argentina passed a law back in September 2010 aiming at preserving their glaciers on the grounds that they are important as: "strategic hydrological resource for human consumption; for agricultural use; to recharge hydrographic basins; to protect biodiversity; a scientific information source; and a touristic attraction.” The law imposed a requirement for a prior evaluation of any planned allowed activities. This is quite an important law, when considering the latest threat to glaciers – theft! A news article from the UN News Centre reported recently that criminal gangs might have become a more immediate threat to glaciers than climate change.

The article reported that police in Chile investigated and prosecuted those responsible for the theft of around 5 tonnes of glaciers from Jorge Montt glacier, which is estimated to be around a thousand years old. The Jorge Montt glacier is already melting at a rate of one kilometre per year, making it one of the world’s most iconic symbols of global warming, according to UN International Strategy for Disaster Reduction (UNISDR). "The Jorge Montt Glacier and other major ice-fields are a precious part of our common world heritage and important yardsticks by which we can measure how man-made global warming is threatening the world’s water supply and damaging the environment. They deserve all the protection we can give them including safeguarding from this type of vandalism” said the head of the UNISDR. Those involved in the theft were identified and arrested in the southern Chilean town of Cochrane.

Chile’s Centre for Scientific Studies (CECS) has said that several of the country’s glaciers are shrinking because of global warming but the much-studied Jorge Montt is one of those shrinking the fastest. A CECS study presented a series of 1445 time lapse photos showing how the glacier retreated by a kilometre between February 2010 and January 2011. The fast melting rate is suggested to be due to the fact that the glacier sits partly in the waters of a deep fjord.

Other glaciers in the tropics are also under threat from global warming. A study by Chevallier et al., published last year in Regional Environmental Change, points out that almost all of the world’s glaciers in the tropical latitudes are located in the Central Andes (Peru, Bolivia, Ecuador and Colombia) and that, due to their high altitude, the high level of radiation they receive, and tropical climate dynamics they’re particularly threatened by climate change. Change in the variability of precipitation is also a contributing factor.

Glaciers are often crucial for the livelihood of the local populations: for example, many communities in Lima (Peru), La Paz (Bolivia) and Quito (Ecuador) depend on them for water and energy supplies. The study by Chevallier et al. showed that, after a period of increased flow due to the glacier melt disequilibrium, the available water resource would decrease along with the rapid shrinking of the glaciers considered as water reservoirs. The authors studied Cordillera Blanca (Peru) in more detail to determine the mid-term (20 years) and long-term (1–2 centuries) impacts of the glacier shrinking on the local water resources. Associated risks for the population and consequences for activities such as tourism, hydropower, agriculture and stock-breeding, and large-scale irrigation were also studied and are reported in the paper (see link below).

The above examples show the importance of protecting glaciers from theft and other human impacts, such as man-induced global warming. The Cabi internet resource Environmental Impact includes a large content on glaciers research, including 2475 items from the CAB Abstracts database.

Link to CECS study on retreating glaciers. (In Spanish)

Link to news article on Argentinean glaciers law. (In Spanish)

Above Jorge Montt image is from NASA, via Google images.