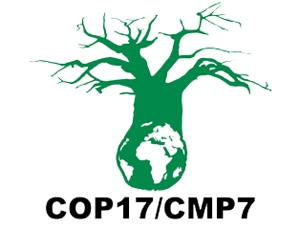 The climate talks in Durban, South Africa, entered their second week today, entwined in a weave of issues and with no expectations from observers of a guaranteed deal being reached by negotiators. The theme of this year’s meeting is ‘Working Together, Saving Tomorrow Today’. How much work and progress has been made so far, after one week of meetings?

Since the launch of the United Nations Convention on Climate Change (UNFCCC) in 1995, the Conference of the Parties (COP) to the UNFCCC has been meeting annually in different member countries to assess progress in dealing with climate change. COP adopts decisions and resolutions, published in reports.  Successive decisions taken by COP make up a detailed set of rules for practical and effective implementation of the Convention.

As climate change has been more apparent in recent years, the media has been giving more attention to the outcome and achievements of the COP meetings, especially since COP15 in Copenhagen. According to the critique, nothing concrete has come out of the COP15 and COP16 meetings, i.e. no binding agreements of any sort; although some agree that the “Copenhagen Accord” and the "Green Climate Fund" are steps forward.

The "Green Climate Fund" was the major achievement of the previous conference in Cancun (COP16) and the committee in charge of the GCF will be reporting in the COP17 meeting. The GCF is meant to be the central tool to finance climate change action, both adaptation and mitigation in developing countries, by supporting projects, programmes and policies.

The COP talks also include discussions regarding the Kyoto Protocol to agree a second commitment period of the protocol, after the first one expires at the end of 2012. It is hoped that any deal reached in Durban will secure the future of the Kyoto Protocol, but so far it seems like only the European Union (EU) has offered to extend its Kyoto pledges after its expiration in 2012. The EU has a condition though, according to an article in the Mail and Guardian online on the COP17 talks, i.e. it will only extend its Kyoto commitments if major emitters, including the United States and emerging giants, such as China, back plans for a new binding pact that would be completed by 2015 and take effect by 2020, when the current voluntary pledges runs out.

The Guardian also reported that many African and Latin American countries said they feared richer countries were wasting time trying to re-negotiate the Kyoto protocol. However, Europe and the South African chair of the talks are thought to have persuaded the 42-strong Alliance of Small Island States coalition and the 48 least developed countries to back the EU. The Mail & Guardian added that “after a week of mixed signals, China declared on Sunday that it could envisage post-2020 binding commitments, provided a range of conditions were met, including the survival of Kyoto.” The US, however, is waiting for spelling of the contents before signing any legal framework.

The Environmental Impact subset of CABI contains over 200 reports on climate change.