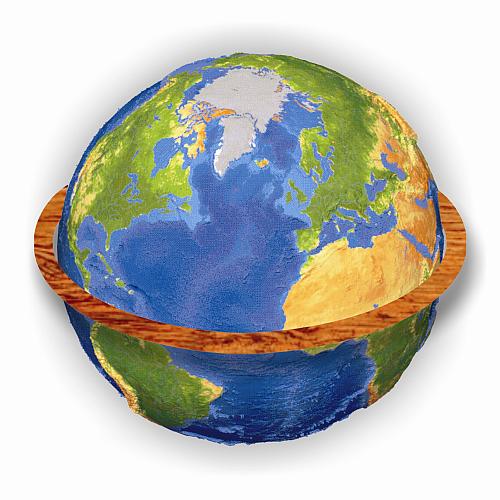 24 Presenters, 24 Time Zones, 13 Languages, 1 Message: the climate crisis is real and we know how to solve it. Read on to find out more about this event.

24 Hours of Reality is a worldwide event to broadcast the reality of the climate crisis. It is being organised by The Climate Reality Project, a project founded and chaired by Nobel laureate and former Vice President of the USA, Al Gore, and which has more than 5 million members and supporters worldwide. The project brings facts about the climate crisis into the mainstream and engages the public in conversation about how to solve it. It aims to help people around the world to discover the truth and take steps to bring about change.

The 24 Hours of Reality event will consist of a new multimedia presentation created by Al Gore and delivered once per hour for 24 hours, representing every time zone around the globe. During each hour people living with the reality of climate change will connect the dots between recent extreme weather events — including floods, droughts and storms — and the man-made pollution that is changing our climate. The event will offer a round-the-clock, round-the-globe snapshot of the climate crisis in real time. The deniers may have millions of dollars to spend, but we have a powerful advantage; we have reality, say the organizers.

Where is 24 Hours of Reality?

From Tonga to Cape Verde, Mexico City to Alaska, Jakarta to London, people already living with the impacts of climate change in their everyday lives will tell their story. You can experience as much as you like without even leaving your home. Click here to find the most suitable location to watch a presentation. Three of the presentations will be broadcast remotely from New York, Tonga, the Solomon Islands and French Polynesia, due to logistical considerations; however, each one will include local footage and information. All other presentations will be filmed on location around the world.

When is 24 Hours of Reality?

24 Hours of Reality will be broadcast live online from September 14 to 15, 2011, over 24 hours, representing 24 time zones and 13 languages. At each hour there will be a climate change presentation in a different time zone, starting in Mexico City on September 14th and ending in New York City on September 15th. The presentation will be broadcast to each time zone only once, i.e. at 7 p.m. in your time zone, but you can watch it as many times as you like by watching it at a different time zone.

Link to the event, including video message.