Ever wondered what the carbon footprint of your spam emails is? 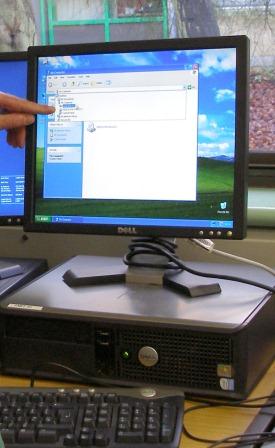 An article in Tuesday’s Guardian online quoted that a European Commission report, published in 2008, estimated that technologies such as email and mobile phone texts contribute 2% to the European greenhouse gases emissions and, furthermore, that this figure might double by 2020, if we continue using these technologies at the same rate. The article also mentioned a study by the French Environment and Energy Agency, which assessed its environmental impact from the use of technologies such as email, web searches and document transmission using USB flash drives. As I read the comments from readers of the article, I came across a very good point that someone made, i.e. the majority of the emails we receive are spam. I agree entirely with that and decided to look for studies on the carbon footprint of spam emails, especially.

I found an interesting ICF International report entitled The Carbon Footprint of Email Spam Report. The report looks at the global energy expended to create, store, view and filter spam. It correlates electricity with its carbon footprint and was sponsored by McAfee, which is probably more interested in selling its anti-spam software. However, it quotes other studies and the report showed some interesting results, summarised below!

The French study estimated that 247 billion emails were sent around the world daily in 2009. To make their calculations, they used a scenario of a company with 100 employees receiving an average of 58 emails a day and sending 33. They assumed the average size of each email to be 1MB, which is probably a lot more than an average email. Ademe estimated that professional emails generated 13.6 tonnes of CO2 equivalent GHG emissions a year, or 136kg per employee, which is similar to the figure given in the ICF-McAfee report above. The authors pointed out that's equivalent to about 13 return journeys from Paris to New York.

A comment from a reader on the Guardian article raised another important point: are we more kind to the environment now that we use technologies such as emails and mobile phone texts to communicate than we were 20-30 years ago without them? Considering the amount of paper used in office communication memos, letters, etc., I think we’re kinder to the environment now, but I’m not so sure when we take the annoying spam email into account.

The CABI internet resource Environmental Impact has around 400 records on carbon footprint, including many abstracts of papers indexed in the CAB Abstracts database and 11 fulltext records, which can be viewed by subscribers.