One year from the Olympics: Will home advantage favour Team GB?

It is now exactly a year until the 2012 Olympics open in London, and events to mark the occasion are being held throughout the capital. Like a number of my colleagues I've been fortunate enough to get tickets for at least some events next year, although having missed out on athletics and cycling while getting tickets for volleyball and basketball I don't expect to be seeing much British success even if it happens to be the GB teams playing at the sessions I've been allocated. But there are hopes that Team GB will once again get a top 4 finish in the medals table, and that even sports where we don't expect to do well will get a performance boost from partisan home crowds. And research suggests that this could well be the case, with analyses of past sporting events showing that home teams and nations typically achieve much better success than when competing away from home. 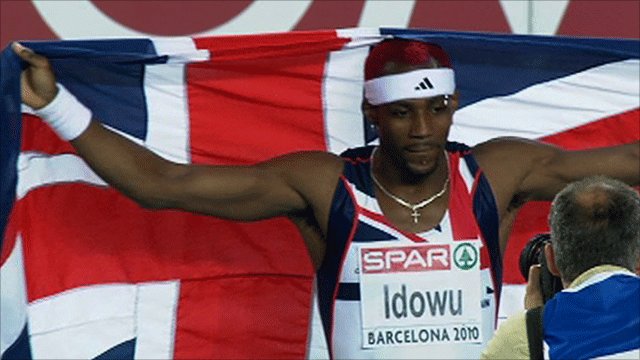 Research by the GB team's backers UK Sport has been widely quoted in the media this week, suggesting that home crowds could help sway judges in favour of British athletes at London 2012. In events where judges influence the outcome, such as boxing and gymnastics, UK Sport says it has "interesting data" on home performance at past Olympics.

"We commissioned research and read the literature," said UK Sport's Pete Keen. "The data tends to suggest if there is a strong subjective judging element, you see an increase in home results."

Using this theory, sports such as gymnastics, synchronised swimming and diving could benefit, but so too some "home town" decisions in hockey, football, handball, basketball and volleyball where referees may be influenced by vocal crowds.

Highlighting boxing as an example, Keen says: "That sport stands out as having a consistent trend where home nations that have a boxing background perform particularly well at their home Games. There are no concrete answers as to why that would be, but the overall trend is towards a small but significant increase."

However, Keen cautioned that no sport could rely on that factor at next year's Games.

"There are so many unknown variables behind any sport that we have to be careful extrapolating to a wider trend," he said. "If there is a relevance to this, it's about the what-if scenarios you need to plan through, to manage the psychology of competing at home."

Among the research that UK Sport has done is a study of about 100 World and European Championships across 14 sports on the 2012 Olympic Programme. The analysis found that hosting World and European Championships has a significant impact on performance. On average, hosts achieve a 25% increase in their results in comparison to when they are not hosting.

An analysis of Olympic Games by Stephen Clarke, published by the Australian Sports Commission, also shows a home advantage. The study by Clarke reports that "the home country wins about three times their away percentage of medals, and about twice their average in the games immediately before and after their home games. There is also evidence that the mix of medals is richer, with home teams winning a proportion of gold medals higher than both their historical average and the proportion available".

Searching the literature on the Leisure Tourism Database, I find over 50 papers on home advantage. The Summer and Winter Olympics have been studied by Balmer et al. (2001; 2003). In both studies, significant home advantage was found in sports that were subjectively judged, or which rely on subjective decisions. It is suggested that suggest that crowd noise has a greater influence upon officials' decisions than players' performances, as events with greater officiating input enjoyed significantly greater home advantage.

Analysing the Commonwealth Games, Ramchandani and Wilson (2010) all previous host nations experienced a positive host effect in the Commonwealth Games – except, unfortunately for England! (Hopefully Team GB won't follow this particular finding next year). In this analysis, for most nations performance was negatively correlated with distance travelled to the host country.

Most of the comparisons of home and away performance which find a home advantage cite factors such as crowd noise influencing judges and referees: for example Balmer et al. (2005) in boxing found that bouts ending in points decisions had a significantly higher proportion of home wins than those decided by a knockout, supporting the proposition that judging favoured home boxers. Unkelbach and Memmert (2010) discuss how crowd noise affects referee decisions as a factor in home advantage.

So the message for British readers who've been fortunate enough to get tickets for next year's events is: shout loudly, and you may see more GB success than you expect.