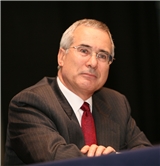 To avoid destroying our relationship with the planet, we'll need to make radical changes and revolutionise the way we use energy and the type of energy we use. Are policies and people in networks and communities what will ultimately make it happen? Read on to learn more about the Annual Dorchester Lecture, which was delivered last night by Lord Stern, at the Dorchester Abbey, Oxfordshire, and which we, the CABI Environmental Impact team, had the privilege to attend.

Lord (Nicholas) Stern is a former Chief Economist of the World Bank and he is a Professor of Economics and Government at the London School of Economics. He is well known as the author of ‘The Stern Review on the Economics of Climate Change’ published 5 years ago and which led the way in explaining the economic theory of climate change. He is also the author of the acclaimed book A Blueprint for a Safer Planet: how to manage climate change and create a new era of progress and prosperity, published in 2009.

In his introduction to the lecture, Lord Stern suggested that we have to achieve a decarbonised economy by 40 years from now. Carbon energy consumption will destroy our relationship with the planet, if we don’t carry out radical changes to the way we use energy and the type of energy we use from now on. He then described the greenhouse effect, what is happening to the planet, and how we can respond to changes in the climate through the use of technology and policy.

The ‘story’ is, he explained:

He suggested what our ‘response’ should be (new ways of doing things):

Finally, Lord Stern pointed out that we have had five industrial revolutions so far: mechanisation of textiles; steam; electricity and steel; automobiles; information technology (still going) and now we need an energy industrial revolution (the 6th revolution). The window of opportunity is now and if we fail in managing climate change, we will fail to stop poverty. Emerging economies is where the link needs to be broken to manage growth without carbon emission.

When asked how we can be optimistic that changes will take place, he said that policy and people in networks and communities will make it happen. We also need to use the power of example and evidence, which is fundamental to this revolution.

I bought a copy of his book after the lecture, which he signed for my 11-year-old daughter, as I requested. When I gave her the book this morning, she was thrilled and asked to take it to school to show to her teacher and her classmates. I had told her about going to the lecture on climate change and Lord Stern before. I bet she’ll tell the class all about it, so it is obvious I do believe that networking and communities will make it happen. I also believe that the youngest in networks and communities will be the major players in this revolution.