An estimated 20% of the world’s anthropogenic emissions of CO2 derive from deforestation and degradation of tropical forests. Nonetheless, data and hence knowledge on the condition and coverage of these forests is incomplete, which makes it impossible to accurately monitor future changes. For this reason, the Woods Hole Research Center has initiated a three-year project aimed at mapping forest cover and carbon stocks stored in tropical forests. I came across a news article about it today and decided to summarise the results here.

Their work involved deriving a series of forest canopy structure using data from the fusion of medium-resolution optical (MODIS) and lidar (GLAS) data, from the Geoscience Laser Altimeter System (GLAS) on the Ice, Cloud, and Land Elevation Satellite (ICESat), launched in January 2003. GLAS is a light detection and ranging instrument that, like any lidar, has the capability of measuring the three-dimensional vertical structure of vegetation in great detail.

As field measurements are an essential part of ecosystem surveys, the study team also collected field data of the same region over a wide range of conditions to link these to satellite observations. A robust statistical model was developed to relate the MODIS corrected reflectance data at the GLAS shot locations to the GLAS estimated biomass, and then applied to the MODIS image product to generate the first consistent map of pan-tropical carbon stored in above ground woody biomass (Figures 1 and 2). 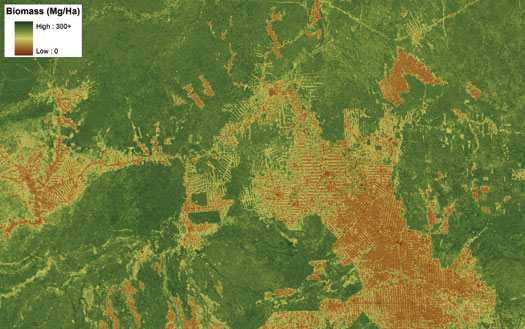 Fig 2 – Inset of Figure 1 focused on the western Amazon Basin showing more detail in the map. Note that deforestation (herringbone road pattern) is visible in the map.

The researchers said the map will have wide use for a range of applications, not only for establishing a baseline against which future stock changes (deforestation, degradation or regrowth) can be assessed, but also as the basis for determining which regions have the greatest potential for preserving carbon in tropical forests. The carbon stock map can also inform mechanisms for distributing incentive payments that account for carbon stocks, helping to ensure that effective, efficient and equitable mechanisms are in place for reducing carbon emissions from deforestation and forest degradation.

A search of Cabdirect using the terms "tropical forests" and "carbon stock" returned 395 records, including 7 fulltext records, which are accessible to subscribers of the CAB Abstracts database.