The global climate in 2010 – was the globe really at its warmest? 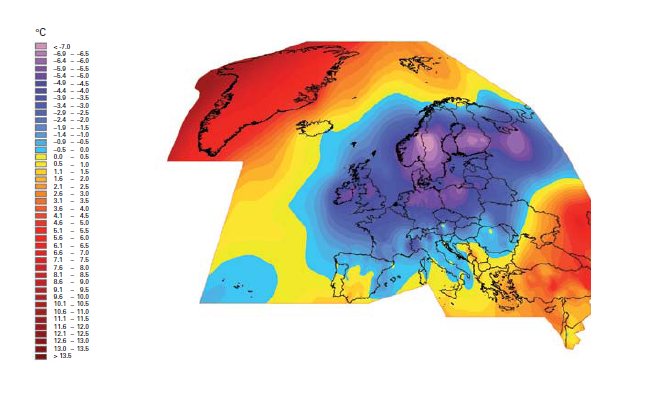 The report showed that 2010 was especially notable in that global surface temperatures reached record values at the same level as in 1998 and 2005, consistent with the acceleration of the warming experienced over the last 50 years. The year also signalled the closure of the warmest decade on record. Over this decade, warming was markedly more pronounced in some regions, notably so in North Africa and the Arabian Peninsula, South Asia and the Arctic.

Recent warming has been especially noticeable in Africa. Temperatures for the 2001–2010 decade averaged 0.85°C above normal, 0.49°C warmer than any previous decade, and the five hottest years on record for the continent have all occurred since 2003. East Africa, which had never had a year as much as 1°C above normal prior to 2003, has now reached this threshold in eight successive years.

It was also an exceptionally warm year in northern North America, especially the Arctic. It was Canada’s warmest year on record with temperatures averaging 3.0°C above the 1961–1990 mean, with both winter and spring also being the country’s warmest on record.

Large and extended climate extremes were recorded in several parts of the world, causing significant socio-economic impacts. In particular, the flooding in Pakistan and Australia as well as the summer heat wave in the Russian Federation were among the most remarkable climate extremes of the year.

The publication also discusses the drought in the Amazon, which saw the Rio Negro, a major Amazon tributary, falling to its lowest level on record.  It also notes that global tropical cyclone activity was the lowest on record since 1976, and that 2010 was the third lowest Arctic summer sea-ice minimum. Arctic low ice cover was consistent with well above average temperatures over the region, with annual mean temperatures 3–5°C above normal being recorded at stations in Greenland.

In summary, the past decade was indeed the warmest we had since records began!