Hessian fly heading for the sack

Wheat crops suffer millions of dollars’ worth of damage each year due to the hessian fly, Mayetiola destructor. The most effective control method is genetic resistance, when wheat resistance genes cause death of the attacking larvae by activating a defense response against avirulent hessian flies. Unfortunately this has led to flies that can overcome resistant wheat and the need for regular evaluations of field collections of this pest. 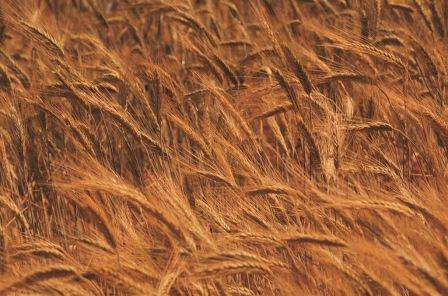 Many of the genes that have ensured resistance against this pest in the past are now no longer effective in the southeastern United States. This is particularly a problem in wheat because, as Richard Shukle of the USDA and Purdue University explains, “The number of genes available to protect wheat is limited”. He went onto say, “In the Southeast, having multiple generations of hessian fly each year enhances the ability of these flies to overcome wheat’s resistance”[1].

Research carried out at the USDA Agricultural Research Service by Sue Cambron and team, published in the Journal of Economic Entomology in December 2010, showed that only 5 of 21 genes evaluated would provide effective resistance to flies in the southeast, based on flies collected from 20 locations in Alabama, Georgia, North Carolina, South Carolina and Louisiana. None were shown to be effective in all locations. Even some of the newer genes, not used in cultivars yet, “weren’t too effective” [1], according to Cambron, support scientist and lead author of the paper.

Co-author, USDA-ARS entomologist and Purdue University assistant professor of entomology, Brandon Schemerhorn, said that it’s possible that when wheat cultivars with those genes were being tested for suitability to southeast climates, the genes were unintentionally introduced to hessian flies [1].

The solution seems to lie in stacking genes, according to Shukle and Schemerhorn; combining two of the few remaining genes that haven’t been utilized yet. The idea, according to Shukle, is that “If you deploy two different resistance genes, it’s unlikely that a population of flies could overcome both of them”, which is exactly what Schemerhorn is currently investigating [1].