Forests sell-off plan is shelved, but for how long? 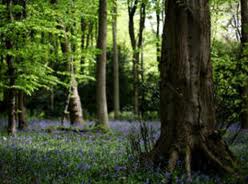 The government has put on hold plans to sell off some of the English forests, but the main scheme could still go ahead, said the news report by the BBC. Proposals to sell-off 258,000 hectares of forests run by the Forestry Commission have attracted cross-party criticism and a public outcry. Is people power really working?

The planned sale of 15% of state-owned forests will be put on hold, ministers said, while they re-examine the criteria for disposing of them. In a written statement to Parliament, Environment Secretary, Caroline Spelman, said the revised timetable for the partial sale would give time to consider public concerns about the stewardship of the land to be sold and ensure proper safeguards were in place. Labour said it was a “panic measure” and would not silence the protests.

Ministers say the 15% sale, which would raise an estimated £100 million, will eventually still go ahead over the next four years, but they wanted to ensure “the necessary protection for all public benefits of the public forest estate are in place”. According to the news report, the government is allowed to sell off 15% of England's woodlands in each four year public spending period.

The Environment Secretary said: “In light of the government commitment to increase protection for access and public benefit in our woodlands, the criteria for these sales will be reviewed so that protections are significantly strengthened following the inadequate measures that were applied to sales under the previous administration". "Pending this review, no individual woodland site will be put on the market”, she added.

Unfortunately, it is a known fact that the government is considering privatising all of the Forestry Commission land in England. There's an on-going public consultation. There's also legislation before Parliament, which would make such a large scale transfer of land possible. However, today's statement refers only to the on-going, smaller scale sell off of forestry land, which apparently began some years ago.

The spokesperson for 38 degree, the group actively campaigning to stop the forests’ sell-off, said in an email to members: “By working together, bit by bit, we are protecting our woodlands for future generations. Since 38 Degrees members voted to launch this campaign, we've spread the word, emailed our MPs, and chipped in to pay for opinion polls and adverts. It’s starting to work – today is a time to celebrate. But we also need to keep the pressure building.”

In my opinion protests and petitions, although seen by some as a waste of time, does work a lot of the time.

Cabdirect has over 800,000 records on forests,which can be accessed by subscribers.