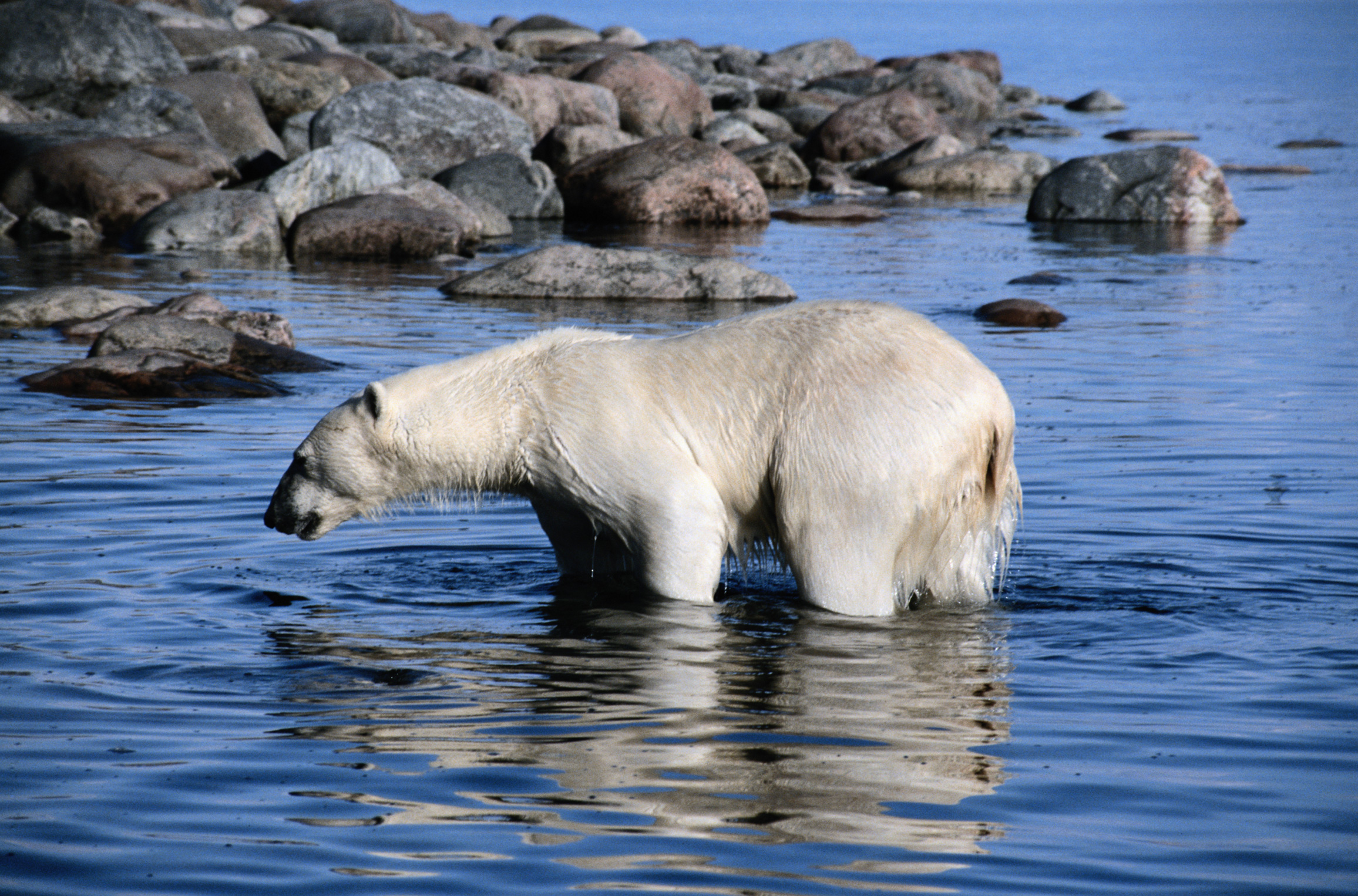 Whilst browsing through my Facebook friends’ status update, I came across a post of a recent news report in the BBC Earth News webpage reporting that a polar bear swam continuously for over nine days, covering 687 km, and then intermittently swam and walked on the sea ice surface an additional 1,800 km. The epic journey was recorded by scientists studying bears around the Beaufort Sea, in north of Alaska. Polar bears are known to swim between land and sea icecaps to hunt seals, but this is the first time an animal that spends most of its time on the surface of the sea ice was observed swimming for such a long distance in extremely cold water. Read on to find out why.

The researchers from the US Geological Survey said that an increase in melting of sea ice is pushing polar bears to swim greater distances, risking their own health and that of future generations, which the scientists claim to be a result of climate change. "In the decades before 1995, some sea icecaps persisted during summers over the continental shelf in the Beaufort Sea." However, one of the research zoologists, George Durner, told the BBC that the recent summer melts has made conditions in the Beaufort Sea increasingly difficult for polar bears.  "This dependency on sea ice potentially makes polar bears one of the most at-risk large mammals to climate change," said Mr Durner.

Although bears have been observed in open water in the past, this is the first time one's entire journey has been followed. A GPS collar was fitted to a female bear, so that researchers were able to accurately plot her movements for two months as she sought out hunting grounds. The scientists were able to determine when the bear was in the water by the collar data and a temperature logger implanted beneath the bear's skin. In their findings, published in Polar Biology, the researchers revealed the first evidence of long distance swimming by polar bears. "This bear swam continuously for 232 hours and 687 km and through waters that were 2-6 degrees C," said Durner.

The study showed that this epic journey came at a very high cost to the bear. "This individual lost 22% of her body fat in two months and her yearling cub," said Durner. "It was simply more energetically costly for the yearling than the adult to make this long distance swim," he explained.

The polar bean (Ursus maritimus) is a threatened species under the U.S. Endangered Species Act.

Another new study examining variables that affect ice sheet melting was published in Environmental Research Letters and showed that 2010 set new records for the melting of the Greenland ice sheet. This study was led by Dr. Marco Tedesco, from the City College of New York, who explained that ‘This past melt season was exceptional, with melting in some areas stretching up to 50 days longer than average.’

The study sponsored by WWF, the US National Science Foundation (NSF) and NASA examined surface temperature anomalies over the Greenland ice sheet surface, and estimates of surface melting from satellite data, ground observations and models. Tedesco and co-authors noted that in 2010, summer temperatures up to 3 degrees C above average occurred in tandem with reduced snowfall.

Sea ice melting, the floods in Australia, Brazil, China, Pakistan and Sri Lanka, heat waves, wildfires and crop losses are all examples of events that have raised questions and awareness around climate change and provide yet further evidence that such events can be attributed to global warming.

My search of the Cabdirect database using the terms "polar bear" and "climate change" returned 33 records including this one which evaluated the impacts of climate change on polar bears in the southern Beaufort Sea by means of a demographic analysis.

Link to article in Polar Biology