Nourishing the planet: Agricultural innovations to feed the world 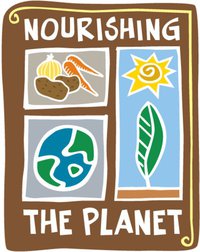 With nearly a billion people still undernourished, and the global population projected to hit 7 billion later this year, the world continues to grapple with the issues of how to feed our growing population. Changing dietary patterns in countries such as China as the population becomes more affluent, and diversion of some agricultural land for biofuel production, add to the pressure to produce affordable food for more people with finite land area and resources. The need is especially acute in Africa, where the population is growing more rapidly than in the rest of the world, but where food production has been lagging behind. The Worldwatch Institute yesterday released its State of the World 2011 report, which looks at how agricultural innovations may help to feed Africa.

The report provides a roadmap for increased agricultural investment and more-efficient ways to alleviate global hunger and poverty. Drawing from the world's leading agricultural experts and from hundreds of innovations that are already working on the ground, the report outlines what it says are 15 proven, environmentally sustainable prescriptions.

The report shows how global investment in agricultural research has fallen, even as the need for sustainable food production increases and new pressures such as climate change come to the fore. Since the mid 1980s when agricultural funding was at its height, its share of global development aid has fallen from over 16 percent to just 4 percent today, says Worldwatch.

In 2008, $1.7 billion dollars in official development assistance was provided to support agricultural projects in Africa, based on statistics from the Organisation for Economic Co-operation and Development (OECD). Given the current global economic conditions, investments are not likely to increase in the coming year. Much of the more recently pledged funding has yet to be raised, and the Worldwatch Institute claims that existing funding is not being targeted efficiently to reach the poor farmers of Africa.

"The international community has been neglecting entire segments of the food system in its efforts to reduce hunger and poverty," said Danielle Nierenberg, co-director of Worldwatch's Nourishing the Planet project. "The solutions won't necessarily come from producing more food, but from changing what children eat in schools, how foods are processed and marketed, and what sorts of food businesses we are investing in."

The Worldwatch press release also points out the amount of food production that is lost through pests, diseases and waste – something that CABI has been highlighting through its 'grow more, lose less' message on food security (see this recent interview with CABI's CEO Trevor Nicholls in the Financial Express).

"Roughly 40 percent of the food currently produced worldwide is wasted before it is consumed, creating large opportunities for farmers and households to save both money and resources by reducing this waste," says Brian Halweil, Nourishing the Planet co-director.

Many of the case studies and innovations in the Worldwatch report are highlighted in the Nourishing the Planet blog. See the links below for some further sources of information on sustainable agriculture and food security in Africa.