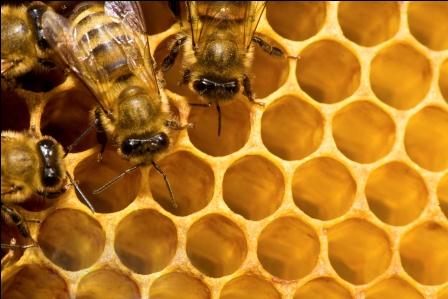 When I was at university and my professor’s papers were published in a journal, he would crack open a bottle of champagne, but I imagined that something a little softer was shared amongst the recently-published researchers of ‘Blackawton Bees’ in Biology Letters, because they are 8 to 10 years old!

I don’t know if or how they celebrated the paper being accepted by the journal, but it seems the manuscript was written in the George Inn and the proprietors provided free Cokes for the children!

Twenty five pupils from Blackawton Primary School, Devon, UK investigated how bees use patterns and colour to see their surrounding environment. The project came about after Dave Strudwick, headteacher of the school, spoke to neuroscientist, Dr Beau Lotto, about how to engage young people in science, the Daily Mail reported.

During a school visit from Lotto, who is based at University College, London, the pupils were interested in how bees saw colour and how they use patterns. Lotto, who has previously researched bees, helped the pupils to devise an experiment to prove that bees use colour to determine where and how to get food.

Last month their findings were published as part of a paper in the Royal Society journal, Biology Letters. After reading the abstract it’s easy to see how this school project developed, fuelled with enthusiasm. Lotto writes about science education as an “….enlightened and intuitive process of asking questions and devising games to address those questions”.1 Children love playing games and when science is presented in this way, it's clear to see how they would have been captivated.

Lotto sets the scene in the abstract, but as he explains, the rest of the paper is in ‘kids speak’, easily identified in sentences such as “The experiment is important, because, as far as we know, no one in history (including adults) has done this experiment before”.1 The question that they decided to look at more closely was whether bees could learn to use the spatial relationships between colours to figure out which flowers had sugar water in them and which had salt water in them. It was found that “……bumblebees can use a combination of colour and spatial relationships in deciding which colour of flower to forage from”. In kids speak, the children from Blackawton said: “We also discovered that science is cool and fun because you get to do stuff that no one has ever done before”.1

Lotto summed the process up well: “The publication of a scientific paper entirely conceived and written by schoolchildren shows what’s possible if we celebrate uncertainty.

“Real scientific work is full of uncertainty – that’s why it’s so exciting – but I find this is what’s lacking in education, where subjects are too often presented as a series of dull factual certainties”.2

Professor Brian Charlesworth, editor of Biology Letters, said "This paper represents a world first in high quality scientific publishing."1 I enjoyed reading the paper and welcome any process such as this that encourages children to take an interest in science.