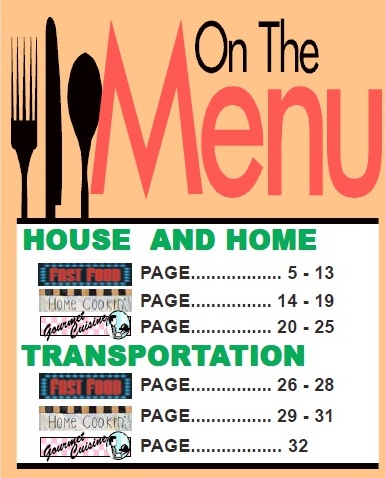 Protect Our Water and Environment Resources (POWER), a North Halton Hill’s environmental organization, has released a 32-page online publication listing 182 steps that we can take in the home and on the move (transportation) to mitigate global warming and climate change. The publication explains, in a clear and accessible language, the reasons for adopting each step in terms of climate change and cost saving. The steps were made interesting by being related to types of meals and were divided into levels called fast food, home cooking and gourmet cuisine. The introduction explains global warming and climate change and describes the causes for the increase in CO2 concentrations, which is also done in an accessible manner for the non-expert.

Many of the 182 steps are straightforward common sense measures which many of us have already adopted to cut energy consumption, such as changing from using ordinary light bulbs to the lower energy counterparts, which uses 70% less energy; unplugging electrical gadgets when they are not in use; lowering the temperature of our washing; and using reusable bags to carry our shopping rather than plastic supermarket free bags. Other good suggestions include buying locally-sourced produce; combining errands into one trip… several short trips, each one taken from a cold start, can use twice as much fuel as one trip covering the same distance when the engine is warm; and also shopping online, instead of taking the car to buy a couple of books for instance, buy them online. There is also a simple carbon footprint calculator in page 23.

Other steps that we might not have ever thought about are things like checking for hidden water leaks, which you can do by reading the house water meter before and after a two-hour period when no water is being used. If the meter does not read exactly the same, there is a leak.

As water is my speciality here at CABI, I had to copy my favourite step below so that you have an idea of the tone of the report:

“Sing shorter songs in the shower. Showers account for 2/3 of all water heating costs and 20% of water use… so cutting the shower from the average of 10 minutes to less than 5 minutes saves hundreds of litres of water. Time your shower and then set a timer in the bathroom… set to two minutes less… to get you used to cutting your time. And if you must sing, pick shorter songs (some examples could be They‘re Red Hot by the Red Hot Chilli Peppers – at around 32 seconds; Don’t Stop Me Now by Queen would be a good choice; songs by The Minutemen – most of their tracks are less than a minute; Manamana from the Muppet show – nice morning upbeat piece and takes only two minutes; Tea for the Tillerman by Cat Stevens – one minute and three seconds). You could always sing John Lennon’s Two Minutes of Silence – though you might have problems knowing when you’re finished. And, of course, other shower time activities are also being frowned upon – shaving, brushing one’s teeth, playing with toys, even day-dreaming. Don’t use the shower, use the sink.”

They point out that the really committed will be able to tackle most of the 182 suggestions, but even if we simply choose half-dozen or a dozen of them, we will be taking that initial step to help the planet. Furthermore, following these steps can provide financial benefit and stimulate local economies.

In the same way that dieticians recommend in a diet change, the POWER publication says that no matter how much you want to change your attitude and habits, you have to remember that unless it is a long-term change, it is of little overall use. Therefore they recommend the following steps:

1. Start slowly… you don’t want it to fail because you took on too much at once and became frustrated;

2. First pick goals that you can easily accomplish. With success under your belt, try a few more difficult actions;

3. Plan. Analyse how you do things now and decide on the alternatives. Find the resources you will need;

5. Be prepared for a few roadblocks along the way. Nothing ever runs smoothly. You will overcome the problems with commitment;

6. Involve friends and family in your plan. This will encourage you… and help the environment even more;

7. Review and update your plan on a regular basis.

The United Nations Food and Agriculture Organization (FAO) announced this week that food prices hit a record high last month. Its Food Price Index was 214.7 for December, the highest level since the FAO created the index to measure the price of a standard basket of goods in 1990. Some environmental groups have attributed the increase at least partly to the extreme weather events, which might be in turn associated with global warming. That is another good reason to take up a dozen steps or so to mitigate climate change!

Link to the POWER 182 steps publication, which is also in the reports section of the CABI web resource Environmental Impact.