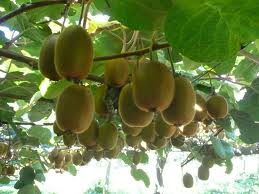 Biosecurity New Zealand announced on Saturday that samples of New Zealand pollen have tested positive for the bacterial kiwifruit disease, Pseudomonas syringae pv. actinidiae (Psa). Results indicate that Psa may have been present in New Zealand for a number of years. The confirmation of Psa in New Zealand comes as a huge blow to the country, where, until 18 days ago, the kiwifruit industry was considered disease-free and was happily producing and exporting a third of the worlds kiwifruits. Growers have never insured against disease because there has been no need to.

Bacterial canker of kiwifruit caused by Psa was originally described in Japan in 1989, but its area of origin is uncertain. The disease has also been found in China, Korea Republic, Italy and, more recently, France. Symptoms include discolouration of buds and vascular tissues, leaf spots, wilting, stem and twig cankers with characteristic red exudate, fruit collapse, and eventually death of the plant.

In New Zealand, the bacterium was first found in Te Puke, North Island, but later last week it was also confirmed in Motueka and Golden Bay on the South Island, as well as Hawkes Bay and Whakatane on the North Island. As of last Saturday, the number of diseased kiwifruit orchards had risen to 51 out of a total of 3077 registered kiwifruit orchards in New Zealand. More infected orchards are likely to be found, according to the MAF response manager, David Yard: Over 12 000 samples have been submitted to a testing laboratory. He says the 4 new cases outside Te Puke show "an evolving picture of a wider distribution."

"MAF and industry is accepting that eradication is looking very, very difficult," said Biosecurity Minister David Carter. He points out that the new cases don’t “mean the disease is spreading wildly. Rather it could indicate that it may have been here for some time.”

Representatives of the kiwi industry have now decided to fight the bacteria aggressively using AUD 25 million (USD 24.9 million) in government funding. Money will further be invested in research on Psa and other plant diseases. MAF Biosecurity has announced that burning of infected kiwifruit vines is due to start at a special incineration zone. According to David Yard, a never before used incineration machine will burn the infected vines. The air curtain incinerator was originally purchased by the department for the disposal of animal carcasses if there was an outbreak of foot-and-mouth disease in New Zealand.

For photos of the diseased plant, go to EPPO's photo archive.