Recently, the UK Committee on Climate Change (CCC) sent a letter to the Climate Minister Chris Huhne, in reply to Huhne's earlier letter requesting update on the level of the UK renewable energy ambition to 2020. In the reply letter the CCC suggested that one of the country’s renewable energy targets (to obtain 10% of transport fuel from renewable sources) was too high and should be reduced to 8%. At the moment biofuels account for about 2.5% of the UK’s transport mix. Under European Union goals, the UK has agreed to obtain 15% of its total energy from renewable sources by 2020, compared with 3% now, with individual goals for heat, transport fuel and electricity. The committee suggested that the 12% target for heat should also be lowered to 11%. At the present only 1.6% of the UK's heat comes from renewable energy. Should these targets be lowered? 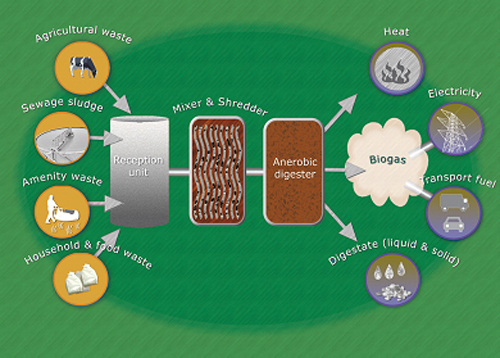 The CCC argued that biofuels presently come from food crops such as corn, oil palm and sugarcane, which are criticised for competing with food crops for land. It also contributes to an increase in deforestation to provide land to grow fuel crops. However, does biofuel need to come from crops? And the answer is no, not necessarily! How about the use of algae, which is a much more efficient source of biodiesel, and how about using organic waste to produce bio-butanol, which is even more efficient as a fuel than bio-ethanol? See my previous blog on biobutanol.  Shouldn’t the CCC be recommending that the UK government invest in sustainable renewable energy production rather than suggesting a reduction in the 2020 targets?

It is unlikely that the UK Environment Ministry will find justification to reduce their target. The European Climate Foundation (ECF) and the Regulatory Assistance Project (RAP) have recently released a new report entitled ‘Energy Savings 2020: how to triple the impact of energy savings policies in Europe’. In the report, the ECF suggested that Europe needs to triple the impact of its energy efficiency policies to achieve its 2020 targets set last year. The report found that the potential exists to reach the goal of 20% energy saving by 2020 cost-efficiently, cutting energy bills by €78 billion for European consumers and businesses annually, which amounts to an average of €380 per household. The report suggests this can be achieved through policy incentives.

I think it is incredible that more countries have not taken the potential of waste as a renewable energy resource more seriously a long time before now. It is well known that anaerobic processes, such as anaerobic digestion of waste, a process widely used in most developed countries to treat sewage, produces biogases, including methane, as shown in the above diagram (Figure 1). The chemical process for the converstion of organic waste to biogas is shown in Figure 2 below: organic wastes contains carbohydrates, fats and proteins, which are converted to sugars, fatty acids and amino acids; these are further converted to carbonic acids and alcohols, and ultimately to biogas, which is mainly methane and carbon dioxide. Before regulations regarding greenhouse gas emissions, the biogas was released into the atmosphere, but now it is normal to burn the biogas in boilers, gas engines or waste gas boilers. I remember visiting a landfill site near Milton Keynes, UK, which was using some of the methane gas generated in the landfill site to produce the electricity for use in the site, and that was when I was doing my MSc degree more than 10 year ago.

Fig 2  – Schematic of the chemistry of anaerobic digestion process

Are there any countries taking advantage of the great potential offered by organic wastes at a large scale?

It appears that Finland is. The European Investment Bank (EIB) is financing, with a 75 million Euros loan, a project in Lahti, Finland, that will convert municipal waste into heat and power. The project is also receiving financing from the Nordic Investment Bank, Lahti Energia and the Finnish government. The plant will use waste gasification, gas cleaning and high-efficiency combustion to convert 250,000 tons of waste into 90 MW of heat and 50 MW of electricity per annum. This will partially replace a coal-fired plant and will also reduce landfill disposal. The EIB is the EU’s bank and raises substantial funds on the capital markets, which it lends on favourable terms for projects that further EU policy objectives. The EIB operates on a non-profit-maximising basis and lends at close to its cost of borrowing. In the same way Finland used EIB financing for converting municipal waste to energy, other EU countries can do the same. However, Finland has been one of the world leaders in combined heat and power technology and its use for large-scale district heating and electricity generation for a number of years. The Scandinavian countries are always well ahead of the rest of Europe when it comes to using renewable energy. The CCC says they will report on the renewable energy review in spring 2011, so let's hope they'll consider energy from anaerobic digestion as an option.

Some steps are being taken by UK companies though, as the example reported in the media earlier this week. Centrica is opening a plant at Didcot Sewage Works, Oxfordshire, which will be the first UK plant to produce renewable gas for households to use. The facility is a pilot project between Thames Water, British Gas and Scotia Gas Networks to demonstrate the technology and will supply about 200 homes with gas. There is a lot of research published on renewable energy sources that don’t cost the earth to implement and are just waiting to be adopted. The UK national grid believes that at least 15% of all gas consumed in the UK could be made from organic waste. There are fears in the industry that government spending cuts could prevent companies from obtaining the £10 billion needed to develop new plants and pipelines. Companies say it is more expensive to produce renewable gas, which means they need to be paid twice the market rate for it to make economic sense. I find that hard to believe and there is always the European Investment Bank!