One for the road – biofuel from whisky 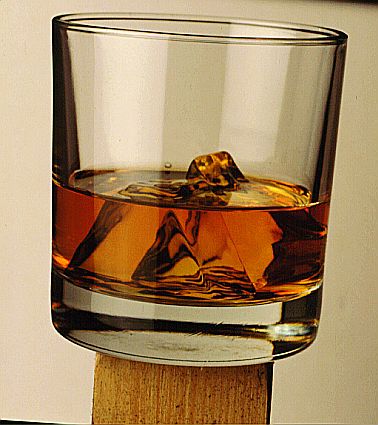 A team of scientists from Edinburgh Napier University has developed a biofuel (biobutanol) using the waste by-products from whisky production ("pot ale", the liquid from the copper stills, and "draff", the spent grains) from the Glenkinchie Distillery in East Lothian. Research leader Professor Martin Tangney said a large amount of both waste products are generated by the whisky industry each year, the second industry in Scotland in economic terms. Read on to find out more about biobutanol.

One of the main costs in biofuel production, in terms of both economics and environment, is the biomass feedstock. For biofuels to have any meaningful impact on energy, biomass feedstocks must be widely available at low cost and without negative environmental impact. In this case, butanol is produced from the whisky waste by the obligate anaerobic bacteria from the genus Clostridia, via the acetone-butanol-ethanol fermentation pathway.

Unlike conventional biofuels, such as ethanol and biodiesel that are mainly derived from food-based feedstocks, biobutanol is an advanced biofuel that can be derived from non-food sources and used as a stand alone transportation fuel or blended with petrol or diesel. This means biobutanol produced from whisky waste by-products is more environmentally sustainable, as its production is not associated with the use of food as fuel and large scale changes in land usage. As long as whisky is being produced, biobutanol can be produced from its waste by-products. Its inherent chemical properties also make it superior to ethanol for use in combustion engines, as shown in the table below.

With 4 carbons, butanol has more energy than ethanol – 25% more energy per unit volume and its other properties include:

The research team said there is real potential for the biofuel to be available at local garage forecourts alongside traditional fuels. The team also pointed out it could be used to fuel planes and as the basis for chemicals such as acetone, an important solvent. Professor Tangney added that biobutanol produced from whisky waste could contribute significantly to targets set by the EU for biofuels to account for 10% of total fuel sales by 2020.

As long as we keep the industry thriving by drinking whisky, there will always be a steady supply of the feedstock for biobutanol.

For subscribers of the Environmental Impact subset of the CABI database there are abstracts of 20 articles and one ebook  on biobutanol there.