Travel advice: Watch out for the mozzies!

The Hand Picked blog is not perhaps a place where you'd normally expect to find pictures of celebrities. And fear not, we're not going down the route of showbiz gossip. But sometimes celebrity news and serious topics overlap. And the power of celebrity has been harnessed this week to highlight the malaria risk when travelling to the tropics, after British singer and television presenter Cheryl Cole was diagnosed with malaria following a recent trip to Tanzania. 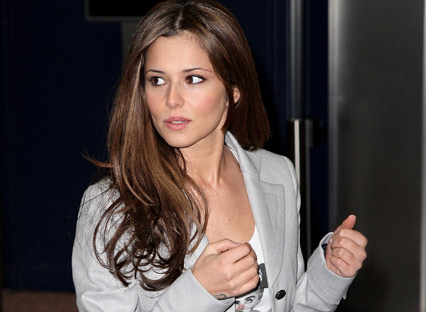 Singer Cheryl Cole has become one of the UK's best-known celebrities, following marriage (and separation) of the Girls Aloud member to England footballer Ashley Cole, and a television career as an X Factor judge. But her next appearances on the television show have had to be cancelled after she fainted during a photoshoot at the weekend, and was subsequently diagnosed as suffering from malaria. The latest news is that she is in intensive care at a specialist tropical disease unit at University College Hospital.

Cole recently returned from a break in Tanzania, on the east coast of Africa. While she is reported to have taken a full course of malaria tablets during her stay, some forms of the disease are resistant to drugs. Mosquito bites suffered by the star are thought to have led to infection.

'As we become more familiar with travelling to more exotic destinations, we can forget there are different types of risks that we need to be aware of,' says Frances Tuke of ABTA, the Travel Association.

'And there are some easy things you can do to prevent those risks. First and foremost, if you are travelling outside of countries in Western Europe, North America or Australia, you need to go and see a health professional six to eight weeks before you go away to find out what vaccinations and preventions you need to take.'

Foreign and Commonwealth Office (FCO) advice says that malaria, caused by a parasite, is a major health problem in tropical and subtropical parts of the world. It is spread by the bites of infected mosquitoes. Some forms can be fatal, whilst others produce a high fever and may lead to kidney, liver, brain and blood complications. For travellers, sub-Saharan Africa, which includes Tanzania where Cheryl Cole spent her holiday, provides the greatest risk. Half the UK's reported cases of malaria (up to 2000 cases of imported malaria a year) originate in this part of the world, which is home to the most lethal strain, Plasmodium falciparum. The best protection against infection is taking anti-malarial medication appropriate for the destination you are travelling to, and as you should start taking some treatments before travelling, advice should be taken early.

As the Cheryl Cole case highlights, even taking medication does not guarantee protection against malaria, but it does reduce the risk. Other precautions that can be taken against catching malaria include:-

Zuckerman et al. (2009) discuss the effectiveness of different chemoprophylaxis measures against Plasmodium faciparum infection in UK travellers. The malarial risk for travellers is modeled by Massad et al. (2009). Chiodini (2009) assessed the range and quality of malaria prevention advice given by primary health providers in one county of England. Redman and Smith (2008) report data on imported malaria in the UK in 2007, when 1548 cases were identified (12% less than the previous year), 74% of which were due to Plasmodium falciparum. In a survey of French travellers, Pistone et al. (2010) report the worrying statistic that chemoprophylaxis compliance rate is only 18.2% among travellers to high risk areas.