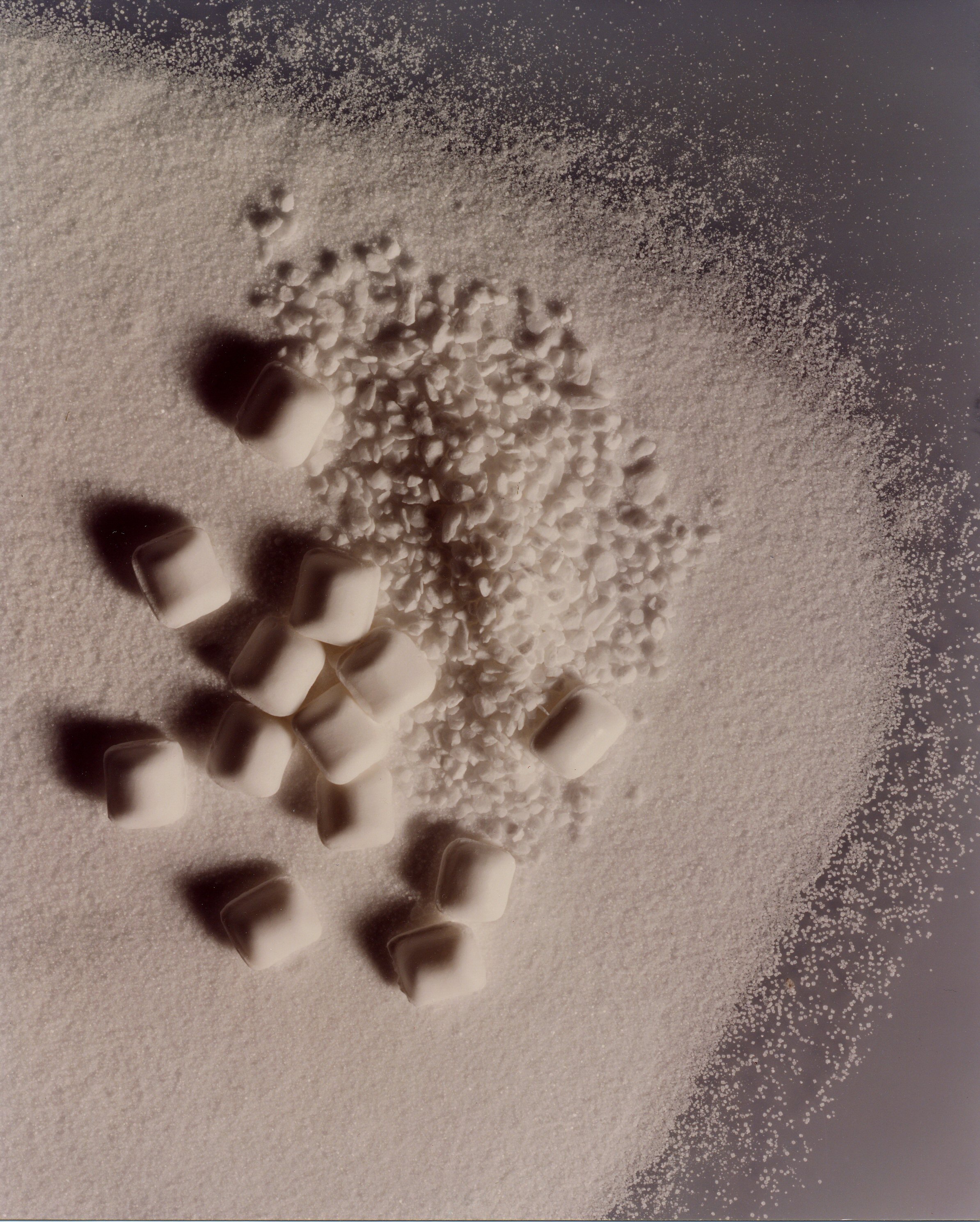 Salt reduction is a hot topic at the moment in the US and the UK as officials
react to research that suggests decreasing salt intake could decrease levels of
stroke in the population.  Consumers can do a lot to reduce the salt they
consume, but as most of salt consumption comes from eating processed food,
campaigns have also focussed on the food industry. The US has recently seen the launch of the National
Salt Reduction initiative, a campaign that aims to get food companies to
voluntarily reduce salt content in their products, while in the UK recent talks
on salt reduction between the Food Standards Agency (FSA), WHO and the food
industry have just finished. (Photo courtesy UK Salt Manufacturers Association)

How easy is it for the food industry to reduce the salt it uses? What
options are there for reducing salt in processed foods?

Salt was first used as a preservative to keep food edible. It is still used
for that in some foods but these days there are alternatives. Salt is still important as a
cheap flavouring. It
doesn't just impart its own flavour, it also enhances other flavours. Sweet foods contain
salt for this reason. Salt can enhance sweetness and
aroma, and block bitter taste. Salt has other roles as well, it affects
texture, for example in cheese. It is of economic importance too because saltier
foods retain more water, reducing costs.

How can salt reduction be achieved without impacting taste?

A HTML clipbguide
for the food industry published by CTAC in Canada and an article in Food Technology – "Taste modulation- a new sense" lay out some of the options.

The first option is just to cut down on what is added to food. A 10% -25% reduction in salt
content in bread for example, doesn't impact too much on the flavour and other
properties according to experts. Further reductions could also be achieved by
doing it gradually. People get used to a certain level of salt
in their food but don't notice gradual changes. The FSA has just released guidance
to bakers on how to gradually reduce salt in bread so that consumers don't
notice. The guidance is based on a recent
project it conducted.

Then there are some other tricks:

First, sodium can be replaced with other chloride salts. The best of these is potassium chloride.
You can already buy salt for the table that has a proportion of potassium
chloride in it in the UK.
According to the experts, up to 30% of  salt could be replaced by potassium
chloride while maintaining flavour. More than that and we can taste the
difference.

The next possibility is to consider using other flavourings. Just as salt enhances
other flavours some other food ingredients enhance saltiness. Yeast extract and textured
vegetable protein are two of these ingredients. Trehalose, amino acids, herbs and spices
work too according to the article.

Taste modulators are a new development that could also be used. These
chemicals taste of little in themselves but enhance other flavours. Food
ingredients companies are offering a variety of options with these new
ingredients. An example I found on Nutrition
and Food Sciences database is
alapyridaine.

Lastly the structure of salt and its distribution in the food can be
manipulated to help increase saltiness. The degree of saltiness  that
people perceive is affected by the size and shape of salt crystals in the food.
This changes how long the crystal takes to dissolve in the mouth and finer
faster hydrating crystals taste more salty. New encapsulation technologies might
come in here.

So there are options for the food industry to reduce salt. However changes
cost money and changes in taste and texture need to be carefully implemented to
retain customers. There is a public health message attached to these changes,
which could be used to help sell the products.