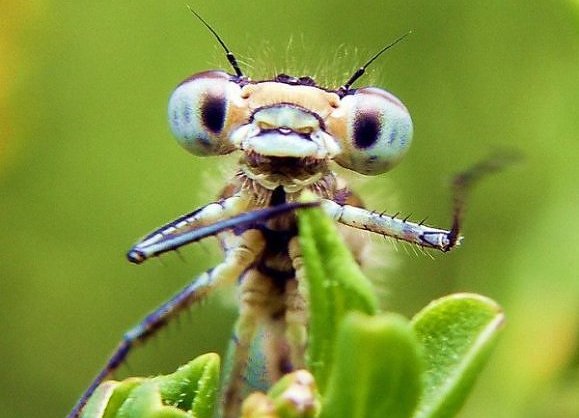 This week is National Insect Week in the UK. With over 900,000 different species, insects comprise over 70% of all known species and inhabit all habitats apart from deep ocean, so it’s hardly surprising they get a whole National Week rather than a mere day! Those of you who find insects a daily irritant may already be thinking “maybe I’ll go live in the deep ocean,” but bear with me and you may start to appreciate the many benefits that insects have to offer.

The economic benefits are unequalled by most other organisms: bees alone are valued at £130 billion worldwide for their pollination services, pollinating 3/4 of the worlds major food crops including many of our favourite fruit and veg. Insect products, including honey, wax, lacquer, silk etc contribute

millions more. In many countries they are valued as a food source for humans, pets and other animals due to their high protein and fat content. Even insect disposal of dung and other waste materials, although unglamorous, is economically significant in fields, rangelands, and forests throughout the world. They are used as model organisms for important evolutionary and developmental research (especially the fruit fly Drosophila melanogaster which, amongst other things, was used to show that genes are located on chromosomes) and as an indicator group for biodiversity studies. Insect-based biological control of both insect and weed pests is worth additional millions in reclaimed land and crop protection, improving food security and reducing the use of pesticides and herbicides.

CABI has been involved in many research projects that aim to make use of the natural feeding behaviour of particular insect species in order to control problem weeds and pests. Take a look at our homepage to see what we're doing for National Insect Week, including Weevil-Cam, showing live action of the North American weevil Stenopelmus rufinasus controlling the floating water fern Azolla filiculoides! This tiny weevil has been used to control the weed very successfully in the UK and South Africa, where after extensive host range testing, it was released as a biocontrol agent.

After 10 years of research CABI was given the go-ahead from DEFRA on 9th March to release a sap-sucking psyllid (Aphalara itadori) (pictured right) for control of Japanese knotweed (Fallopia japonica), one of the most damaging invasive weeds in the UK, Europe and North America. The psyllid is a natural predator of the plant in Japan, and specifically feeds on only Japanese knotweed. Its use represents the first time this natural form of pest control has been implemented to combat the spread of a non-native invasive plant in Europe. “This is a great opportunity for the UK to benefit from a technique commonly used outside Europe. We have every reason to believe that this knotweed specialist can help limit the impacts of this harmful invasive weed safely and sustainably,” says project leader Dr Dick Shaw. Take a look at our Japanese knotweed projects to find out more about the research we’ve done to control this weed in the UK, Canada and USA.

We're not the only ones who've released biocontrol insects recently. At the end of last month the Agricultural Research Service in the USA released an insect that will help control the invasive weed waterhyacinth (Eichhornia crassipes). This free-floating aquatic plant is native to South America but has infested freshwater ecosystems from North Carolina to California, USA.Megamelus scutellaris is a small planthopper native to South America whose nymphs and adults feed on the sap of waterhyacinth.

Aside from controlling weeds, insects can also be used to control pests of important food crops. Current and recent CABI projects include research into the following biocontrol insects:

Many of these parasitic insects will help secure food production whilst reducing the amount of synthetic pesticides farmers need to apply to their crops.

Another benefit of insects is aesthetic – many species of insect are surprisingly beautiful – they’re like miniature, highly-engineered machines and yet their shapes and colours seem more like works of art sometimes. Take the 'green tiger beetle' Cicindela campestris (pictured below-left) for example – the green wing cases of this ground beetle are useful for camouflage, but few people notice the beautiful metallic green, red and yellow underside of their body and legs, and even fewer can explain this. The ruby-tailed wasp Chrysis ignita (pictured below-centre) has a shiny green/blue head and thorax, which sometimes has a golden sheen, and a deep ruby-red abdomen. The acorn weevil Curculio glandium (pictured below-centre) may not be very colourful but it has a very impressive snout! All weevils have a snout (known as a ‘rostrum') with the mouthparts at the end, and this acorn weevil has the most strongly-developed snout of all British weevils. The 'silver-studded blue' butterfly Plebeius argus (pictured below-right) gets its name from the light blue reflective scales found on the underside of most adults which are visible when light reflects off them.

To find out how to encourage insects like these into your garden, take a look at the Royal Entomological Society’s tips on insect friendly gardens.

Go to www.cabi.org to
see what we're doing at CABI for National Insect Week, including Weevil-Cam,
live streaming of Azolla control by a tiny weevil, and a feature
on Sir Guy Marshal, a sheep and cattle farmer
in Africa who collected beetles as a hobby and went on to be involved in
setting up CABI in 1910.

To learn more about insects go to the Natural History Museum website. 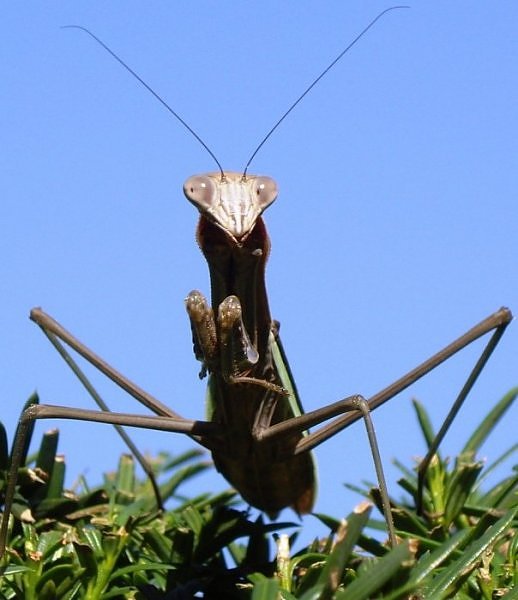