Time to become greener and cleaner 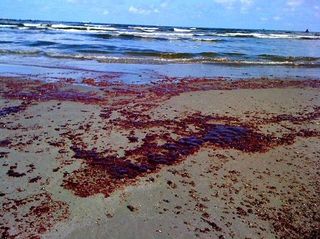 That is what US President Barack Obama suggested, during his first national address from the Oval Office since he took office, and it comes the evening before his crucial meeting with BP's chairman, Carl-Henric Svanberg, and its chief executive, Tony Hayward, at the White House today. The meeting was arranged to discuss, among other things, the clean-up of the Gulf of Mexico, following the Deepwater Horizon rig explosion 50 miles off the coast of Louisiana causing the catastrophic oil spill in the Gulf. Read on to see what Obama is going to say to BP bosses.

For the past 58 days since the disaster, attention has been mainly directed to the area near the explosion, a mile underwater and 50 miles from the shore, and the attempt to avoid its spread have included containment domes, ‘top kills’ and ‘junk shots’ that have all failed to contain the thousands of barrels of oil continuously haemorrhaging into the gulf. Nearer to the shore, the efforts to keep the oil away have not had much success either, in spite of the involvement of thousands of workers and countless meters of containment boom. Marine scientists now believe some 60,000 barrels a day are flowing from the well, not 35,000 barrels as was previously estimated and, since an estimated 15,000 barrels are recovered by BP, approximately 45,000 barrels are actually spilt onto the sea.

In an article on the New York Times online on Monday, Campbell Robertson, has pointed out that “from the beginning, the effort has been troubled by a lack of preparation, organisation, urgency and clear lines of authority among federal, state and local officials, as well as BP.” As a result, officials and experts say, the damage to the coastline and wildlife has been worse than it might have been if the response had been faster and orchestrated more effectively, he added.

During his address to the nation Obama said: "We will make BP pay for the damage their company has caused". He also promised the many Americans who were expected to watch the prime-time address. "I will meet with the chairman of BP and inform him that he is to set aside whatever resources are required to compensate the workers and business owners who have been harmed as a result of his company's recklessness," he continued. "This fund will not be controlled by BP. In order to ensure that all legitimate claims are paid out in a fair and timely manner, the account must and will be administered by an independent, third party."

Part XII of  ‘United Nations Convention on the Law of the Sea’ agreement between UN member countries relates to the implementation of protection and preservation of the marine environment, and this convention states that "States have the sovereign right to exploit their natural resources pursuant to their environmental policies and in accordance with their duty to protect and preserve the marine environment." As far as environmental protection is concerned, it seems like Obama is following his duty by making sure BP cleans up the oil spill.

He goes further and suggests perhaps this is the time when his country
should start to become more serious about adopting greener and cleaner
energy sources. “Today, as we look to the gulf, we see an entire way of life being threatened by a menacing cloud of black crude,” Mr. Obama said. “We cannot consign our children to this future. The tragedy unfolding on our coast is the most painful and powerful reminder yet that the time to embrace a clean energy future is now.”

BP released a statement after Mr. Obama’s address. “We share the president’s goal of shutting off the well as quickly as possible, cleaning up the oil and mitigating the impact on the people and environment of the Gulf Coast”. “We look forward to meeting with President Obama tomorrow for a constructive discussion about how best to achieve these mutual goals.”

I think it is such a shame that it had to take a disaster of this magnitude to give the USA, often labelled the world’s biggest polluter, the resolve to finally move away from fossil fuel energy sources and adopt sustainable and greener alternatives instead. However, if it does make the USA a more conscientious nation, maybe that is one good thing to come out of this terrible disaster.

Link to slide
show of the Gulf oil slick, from The Times online.