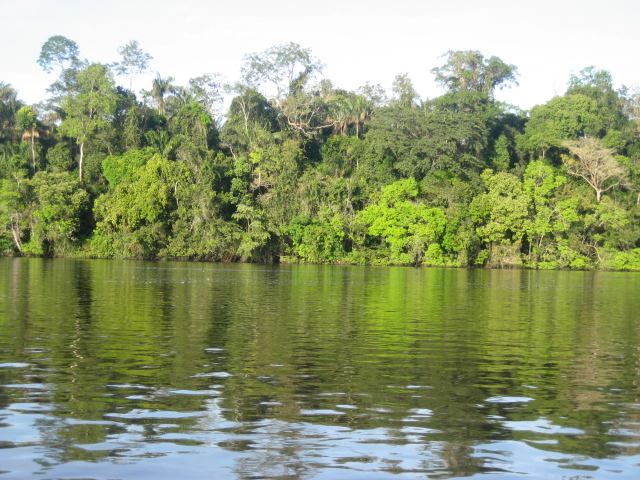 Oscar-winner film director, James Cameron (Avatar), compared the plight of the Amazon indigenous people to that of the movie Avatar, in face of plans to build the Belo Monte hydroelectric dam in the Brazilian Amazon. Read on to find out why.

As he arrived in Brazil accompanied by actors Sigourney Weaver and Joel David Moore, who both starred in the movie, Cameron said “I’m drawn into a situation where a real-life Avatar confrontation is in progress. What’s happening in Avatar is happening in Brazil and places like India and China, where traditional villages are displaced by big infrastructure projects,” referring to the film’s depiction of a conflict on the fictional planet of Pandora between the Na’vi race and a human army who went there to exploit its minerals.

Mr. Cameron attended protests in the Brazilian capital Brasilia, before going to visit indigenous people near the Xingu River in the state of Pará, where the proposed dam is planned to be built. He’s not the first A-list celebrity to get involved in the controversial dam saga, which has been in the Brazilian government's plans on and off since the mid 1970s. Sting also campaigned to stop the dam from being built in the 1990s, as we all surely remember. You would think that if anybody could make a difference, Cameron would be the one who would persuade those in charge of the project to change their minds, but did he interfere on time?

The answer is no. In spite of many protests and Cameron’s last minute attempt to stop the dam project from going ahead, the Brazilian electricity regulator announced last week that the Norte Energia consortium had won the rights to build the dam. The construction of Belo Monte’s three reservoirs is estimated to cost over £7 billion and will be the third largest in the world, with a generating capacity of 11,181.3 MW, which, according to governmental officials, is vital to meeting the Brazilian rising energy needs. To achieve this, a total of 500 km2 of agricultural land and rainforest (about 5 times the area of Paris, France) will be flooded and, in addition, two large channels (500 m wide and 75 km long) will be excavated to divert water from the main dam to the power plant. An estimated 20,000 to 40,000 people will have to be displaced, including people from 9 indigenous groups.

The economic viability of the project has been questioned by experts with some warning that the dam will only produce 10-30% of its capacity during the drought season. The government claims the energy generated in the dam complex will solve the occasional blackout problems throughout Brazil and will also be used to supply cheap energy to the poor. However, an article in the Amazon Watch website stated the extra energy produced will in reality be consumed at the Carajás, Jurutí, and Alumar aluminium smelting mines in Pará and Maranhão. The state of Pará is Brazil's leading producer of bauxite, the raw material for the production of aluminium. This is believed to be the main incentive to building the dam complex in the first place.

It’s ironic that this announcement came about two days before Earth Day, which is celebrated annually on 22nd April for the past 40 years, and which is a time to celebrate restoration and to stand up for the planet.

J. Cameron and S. Weaver in the Amazon (Image from Timesonline)

2.Carvalho, G. O. (2006) Environmental resistance and the politics of energy development in the Brazilian Amazon. Journal of Environment & Development Vol. 15 No. 3 pp. 245-268.