The effects of the Icelandic volcano that didn’t make the news! 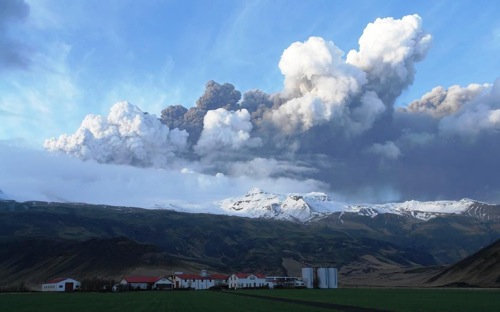 Iceland's Eyjafjallajökull volcano eruption on 12th April made the news yesterday (3 days later) mainly because of its effect on air traffic movement around the UK, Scandinavian countries and other European countries, with airports in many countries still being shut today. The particles of rock and silica in the volcanic ash can cause serious
damage to aircrafts. This is because combustion engines work by sucking
in air, which generates the power and sucking in air containing volcanic
ash would cause damage to the engine – it is a bit like a car driving
through a sandstorm, it's going to clog up the engine's internal parts
and cause damages. Northern Europe became a no-fly zone since yesterday and might remain this way until tomorrow afternoon. Many people’s lives was and still is being affected, with holidays plans being dashed, business trips to attend meetings being disrupted, holiday-makers not being able to return home, which are good enough reason for it to make the news. However, there is no mention on the news of the effects of the volcano on the environment around the volcano and hence the people living in the catchment.

Eyjafjallajökull volcano was under a 200 metre-thick glacier, which meant the heat from this eruption caused the glacier to melt fast and flood the area around the volcano. I searched Cab Direct for volcano and flood and found out that this phenomenon is called ‘Jökulhlaups’,which is the consequence of a sudden and significant release of melted water from the edge of a glacier. Such floods are sourced commonly from ice-dammed lakes, but occasional volcanic eruptions beneath ice can produce intense jökulhlaups due to large amounts of melt water release. Globally, volcanogenic jökulhlaups have caused fatalities and damage to infrastructure within affected catchments.

More than 800 residents had to be evacuated from the Eyjafjallajökull volcano area, just before this latest eruption. Initial reports suggest the glacial melt has raised local rivers by as much as three metres (ten feet). A major road has been closed and water continues to gush into the ocean. Workers had to smash holes in the highway in three spots to give the rushing water a clear route to the coast and prevent bridges from being swept away, as can be seen in the photo below. Luckily, there are no reports of casualties, said report in the National Geographic News page. "The volcano is quite steep, so the floodwater comes down rather powerfully in a short time," geophysicist Einarsson said on Wednesday 14th April. "We were nervous that we would not be able to evacuate people in time, but this was quite successful."

Current forecasts suggest the volcanic ash cloud will remain over the UK until this weekend, though the ash looks set to remain at high altitudes so will likely have drifted away from the UK before it begins falling from the sky, experts say. Therefore, it is likely that air traffic will remain halted for the weekend, however, before getting angry and upset because your holiday was spoilt, give some thought to those who had to leave their homes behind and be evacuated somewhere, not knowing if they will have a home to return to at the end. Let's not forget also that there was an estimated saving of 200 000 tonnes of CO2 emission per day due to a 60% reduction in air travel, while the Eyjafjallajökull volcano only emitted around only emitted around 7,500 tonnes of CO2 per day in the first few days,
however this amount may increase, as the volcano continues its actvity. 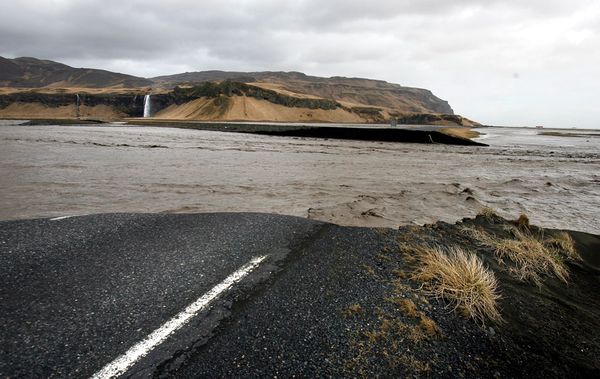