Canada strikes gold, but Olympics given a bronze rating on climate change 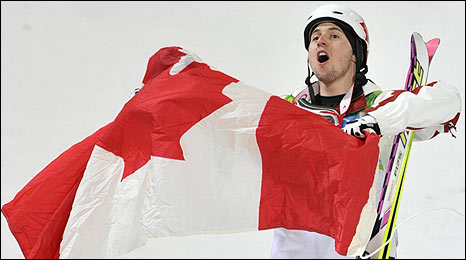 Yesterday, Canada ended its 34 year wait for an Olympic gold medal won on home soil, with a win for Alexandre Bilodeau in the men's moguls event in Vancouver. But the 2010 Winter Olympics were given only a bronze medal for climate protection initiatives by the Vancouver-based David Suzuki Foundation in a "climate scorecard" released on 3 February. The scorecard gives the Olympic organizers credit for energy-efficient venues, but is more critical on transport for the Games.

Prior to the Olympics, the Vancouver Organizing Committee (Vanoc) had claimed that it would host the first ever carbon neutral Olympics ever staged. However, Vanoc later said that rather than offsetting all carbon emissions (estimated at 268,000 tonnes, including those from sponsors, partners and spectators), they would only offset what they determined were “direct” operational emissions, which amount to 118,000 tonnes, less than half of the total emissions generated by the Games.

The majority of what VANOC calls “indirect” emissions, nearly 150,000 tonnes, come from spectator air travel to the Games, and are not being offset. The Suzuki report says that “without offsetting spectator air travel – which accounts for about half of the climate impact of the Vancouver Olympics (as confirmed by VANOC’s own measurement of the climate impact of the Games) – the Vancouver Olympics cannot make an unqualified claim to be carbon neutral.”

On the positive side, Suzuki gives the Olympic organizers credit for innovative and energy-efficient venues and for mainly using clean hydroelectric energy, but also alternatives such as waste heat from refrigeration systems, landfill methane and ground-source heat pumps.

"The new highway will encourage more vehicle traffic after the Games, exacerbate urban sprawl, and result in increased greenhouse gas emissions from transportation for the region" says the scorecard. While it says that notable transport legacies include the fast-tracking of the new Canada Line to Vancouver airport, which will add 19 kilometres to the region’s rapid transit network, this is at the expense of postponing the Evergreen Line to the eastern suburbs.

For venues, the Vancouver Olympics will leave the region with innovative, energy-efficient buildings that will reduce community greenhouse gas emissions – and save money – for many years into the future, says the Suzuki Foundation. Wherever possible, existing facilities have been used and retrofitted, greatly reducing construction-related greenhouse gas emissions. In the case of venues and villages built specifically for the Games, VANOC won an award for its leadership in establishing green building criteria and simultaneously constructing the largest group of single-project, low-impact facilities in North America.

The scorecard recommends the IOC play a stronger role in future and ensure that host cities follow through on their environmental commitments.

"The IOC should set minimum environmental benchmarks so that every organizing committee has clear targets to meet — or even exceed."

"The fate of winter sports, and the potential to host winter Olympics in the future, depend on choices we make today to address climate change," says David Suzuki. And indeed, the start of the Olympics have been hampered by warm weather and a lack of snow, which has required snow to be airlifted from higher altitudes to the Cypress Mountain bowl, the site of snow boarding and free-style ski competitions.

"Climate change is a defining issue of our time, and the winter Olympics are an opportunity to show leadership by reaching and inspiring billions of fans and spectators with solutions to global warming," says Paul Lingl of the David Suzuki Foundation. "Despite some missed opportunities, the positive steps taken by the 2010 Olympics demonstrate that climate solutions are doable, affordable and can have a lasting legacy."

This blog is taken from an article on the Leisure Tourism Database. Hundreds of reports on climate change can be accessed through CABI's Environmental Impact website.