Are controls needed for Antarctic tourism? 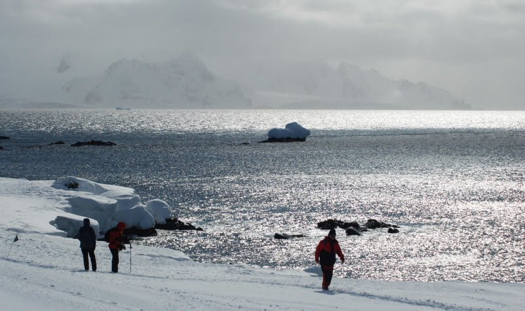 To celebrate a milestone birthday this month, I went to Patagonia and travelled down to the world's southernmost city, Ushuaia. Flying back from Ushuaia to Buenos Aires last Saturday, the plane was largely filled with excited travellers who had come off an Antarctic cruise ship that morning (Ushuaia, which bills itself as the 'end of the world', is one of the leading gateway ports for the Antarctic and a town now heavily dependent on tourism). They were full of the wonders they had seen, and recommended visiting Antarctica as something we 'must do' [actually I had looked into this before going to Patagonia, but concluded I needed to save up for a few more years first to be able to afford it!]. But coincidentally, getting back into the office on Tuesday, I started reading news reports of a meeting held in New Zealand last week to consider proposals for a new mandatory code on Antarctic cruising. So is there a need for regulation (or even restrictions) on the soaring tourism to Antarctica, and if so what should it entail?

Antarctic tourism has rocketed over the last 20 years. The International Association of Antarctica Tour Operators (IAATO) says visits have risen from 6,700 in the 1992-93 season to 29,500 in the 2006-07 season and 45,213 in 2008-09. Incidents such as the sinking of the Canadian cruise ship Explorer in 2007 (happily with no loss of life), and four other passenger ships running aground in Antarctica in the past three years, have led to increasing concern about the potential for environmental or human disasters from the growing number of ships in the region. The New Zealand meeting of over 80 experts from signatories to the Antarctic Treaty considered proposals for new codes governing cruise tourism.

Existing rules on Antarctic tourism bar tourists or tour operators from leaving anything behind – like garbage or human waste – and protect animal breeding grounds. There are also codes on landing on the ice, with no more than 100 passengers being allowed to land at one time. But there are no formal codes on the kind of vessels that can use the waters or the kinds of fuel and other chemicals that they can carry. This is something that some Treaty signatories, led by New Zealand, want to change.

"Because of the demand for cruises, shipping companies have been putting up larger vessels which are not suitable for the conditions they encounter," he said.

"Some carry up to 5,000 people, and even with the best efforts of all concerned, it is hard to see how that number of people could be rescued if an emergency occurred." And meeting co-chair Olav Orheim said that there were no facilities in the Antarctic to handle that number of people if anything went wrong.

The proposed code, which must be ratified by treaty states to become binding, would cover vessel design and construction for polar operations, equipment and crew training. It would require that all vessels, for example, would have hulls strengthened to withstand ice. In a similar move, the UN International Maritime Organization recently approved guidelines for ships in polar waters which will lead to the banning of heavy fuel oil in Antarctica. Mandatory limits to the size of cruise ships and number of visitors are also under consideration, but have met resistance from the tour industry.

Mr McCully has predicted that, if nothing is done, "it will be only a matter of time before there is a disaster in the Southern Ocean". He says "Tourist ships pose a significant risk not only to human life but also to a pristine, fragile environment."

Nathan Russ, operations manager of Antarctic eco-tourism company Heritage Expeditions, said the proposed heavy fuel ban "will most likely regulate the biggest cruise ships out of Antarctic operations" because of the costs involved in switching to lighter fuel.

The IAATO says that voluntary guidelines for tours and cruises operated by its members are adequate, and that any problems lie with unaffiliated cruise and tour operators.

Recommendations from the Wellington meeting will be presented to the 33rd Antarctic Treaty Consultative Meeting in Uruguay in May.

The Leisure Tourism Database which I edit has over 100 abstracts on Antarctic tourism, and 16 news and analysis articles. In recent publications, Morgera (2009) summarizes the main developments related to law and policy that occurred in the first half of 2009 in the framework of the Antarctic Treaty System, and reports on discussions around the need to develop a tourism strategy to be based on a precautionary approach. Haase et al. (2009) analyse the main strengths and weaknesses of self-regulation in the Antarctic tourism sector. The paper shows that, under current conditions, the Antarctic tourism self-regulatory regime is a robust institution. However, with increasing numbers of tourists and operators the institutional structure may be weakened in the future.

Trends in Antarctic tourism were discussed by Lamers et al. (2008). Maher (2007) discuss whether tourism and wildlife are compatible in the Antarctic, while Amelung and Lamers (2007) report on greenhouse gas emissions produced by Antarctic tourism.

Personally, if I did manage to go to the Antarctic, it would only be one of the smaller, ice-strengthened expedition vessels I'd want to sail in, as these are the ones that allow you to land on the ice and visit sights such as the penguin colonies. If these proposals are agreed, this may one day be the only way of going there – but if it helps protect the pristine environment and wildlife, that would be no bad thing. Better not to go, than to travel in a way that carries the risk of harming the environment you would be going to see.