The face of climate change

Is it a polar bear or…a child in Africa? 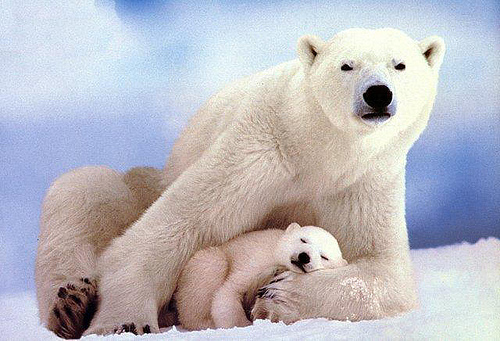 (image by Just being myself)

A polar bear may come to mind first when you think about climate change but public health professionals are arguing that the real face of climate change is that of a child.

In the panel session on “Climate change, water and health”, at the American Public Health Association Meeting, panellists explained why:

The expected changes in temperature and sea levels will increase the prevalence of food and waterborne diseases, as well as increasing risk of malnutrition. And children are in the front line. 88% of climate change related disease will occur in children, we were told.

Developing country populations are also very vulnerable. Many of the millennium development goals relating to health are threatened by climate change. Food insecurity could be doubled in the next 40 years if we don’t deal with climate change, according to Dr Johnathan Patz.

Dr Maria Neira said adaptation strategies to deal with climate change must include measures to reduce the increased burden of disease it brings. Basic measures such as improved sanitation and hygiene are key to containing the increase in food and waterborne disease that will result from climate change. And they are not rocket science – we know how to do this.

We should be thinking of the people not just the polar bears.