Going Veggie to save the planet – does what you eat really matter to our planet? 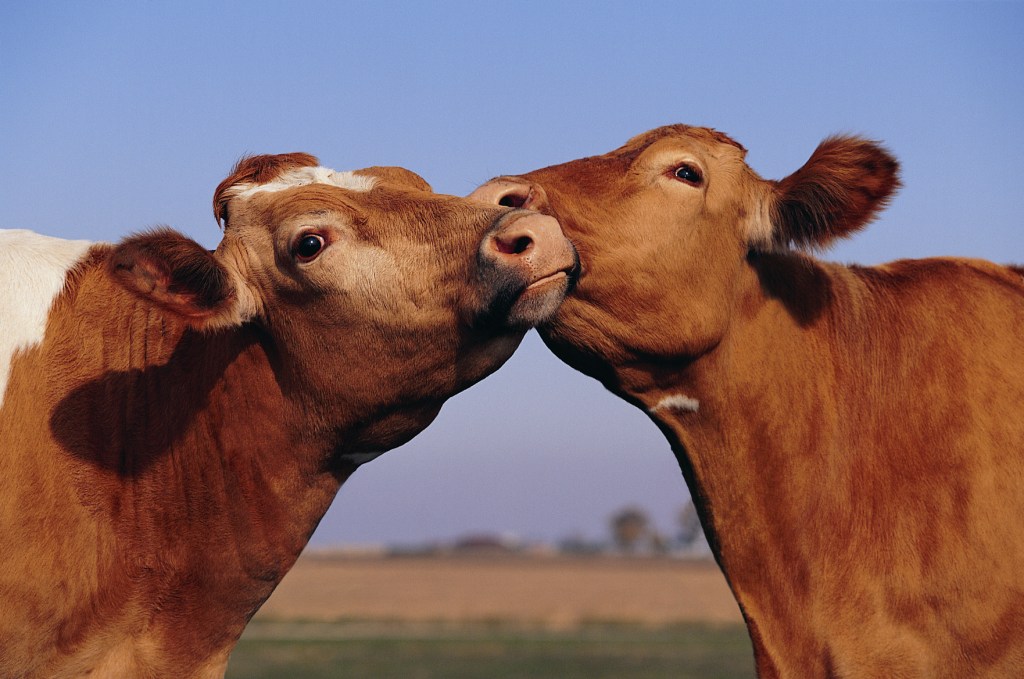 According to Lord Stern of
Brentford, what we eat does matter and we should be eating less meat or even
becoming vegetarians to reduce greenhouse gases emissions and, therefore, stop global
warming from increasing and climate change from happening.

In an interview with The Times newspaper in London, Lord Stern said “meat is a wasteful
use of water and creates a lot of greenhouse gases. It puts enormous pressure
on the world’s resources. A vegetarian diet is better.” I tend to agree with
Lord Stern, not only because I have adopted a vegetarian diet for the past 24
years, but also because Lord Stern is a leading authority on global warming and
wrote the influential and much discussed 'Stern Review on the cost of tackling
global warming'. As an economist, he would have also examined the issue from an
economics point of view, as well as from the environmental perspective. I have
also searched the CAB Abstracts database and found some backing of my own to
the argument that vegetarianism is better to the environment and the way
forward, if we want to save the planet. I have listed two of them at the end of
this blog.

Food production has an
impact on the environment, since agricultural practices pollute soil, air and
water, erodes soils, consumes imported energy form oil, and contributes to loss
of biodiversity. The reason a vegetarian diet is better is that a
non-vegetarian diet consumes 2.9 times more water, 2.5 times more primary
energy, 13 times more fertilizer and 1.4 times more pesticides than did a
vegetarian diet, as shown in the results of a study by Marlow et al published
recently in the American Journal of Clinical Nutrition. Furthermore,
animal rearing increases the amount of the greenhouse gases, methane and CO2
emissions (it’s estimated that 18% of the total CO2 emissions derive from
farmed animals). Things like N-cost, defined as the ratio between fertilizer
N-input (including animal manure) and the N in products, is around 3 for wheat,
14 for dairy products and 21 for meat. Therefore, if we were all vegetarians,
we would also consume less fertilizers.

Some people argue that a
lot of the lands used for animal rearing are not suitable for growing crops, so
we might as well rear animals in them, which is a fair argument, but there is
good land used for pastures too and these could be used for crops instead. A FAO report on how to feed the world in 2050 estimated that
the world’s population will reach 9 billion (34% higher than today) by 2050,
and that annual cereal production will need to rise to 3 billion tonnes from
2.1 billion today and annual meat production will need to rise by over 200
million tonnes to reach 470 million tonnes. DEFRA’s UK Food Security Assessment
makes all the questions about our relationship with food more urgent, as the UK food
production has declined over the past 20 years. Add to that the challenges of
diseases such as BSE and foot and mouth, I think we need to think about
alternative ways to efficiently feed our increasing population and maintain or
increase food security.

Would the section of the
population, which is totally obsessed with meat change their ways, specially
those who think a meal is not a meal if it doesn’t contain some medium-rare to
rare cooked slaughtered animal? Probably not, but why the obsession with meat
anyway? Have they not yet tasted Quorn? The ultimate tasty and sustainable mycoprotein alternative to
meat, produced by fermentation in a bioreactor from a microorganism (Fusarium), which is
readily available. I know some people who have tasted it loved it and others
(usually the devoted meat eaters) say they don’t like it. I believe the reason
for this is that the people who disliked it had made up their mind, even before
they tasted the food. I became a vegetarian because I didn’t like the taste of
meat, especially beef, and for many years I used to spend a lot of time cooking
dishes with pulses, lentils, nuts and vegetables to create tasty-nutritious
veggie dishes. Now, I have the time-saving quorn for when I don’t fancy
spending a lot of time in the kitchen.

Can people tell the
difference between quorn and meat once it’s cooked in classical recipes? When I
started using quorn in the 1990s, I carried out a test of a small section of
the population of my friends (8 adults and around 5 children) during a birthday
dinner party. I secretly cooked a ‘chilli con quorn’, using quorn mince,
obviously, from which I separated a small portion for the vegetarians (my
daughter and I). I then served the chilli and didn’t say it was vegetarian, but
everybody assumed only the portion I separated for the two vegetarians was
actually vegetarian and the chilli in the large pan was meat chilli. Everybody
ate and loved it, and complimented me on my culinary skills. I then asked my
guests, if they had noticed anything different about the chilli and everybody
said no. I then confessed that the whole lot was made from quorn mince. All,
but one guest, were astonished how similar the tastes of quorn mince used
instead of beef mince in a chilli are. The one person who said he thought there
was something different about my chilli still admitted he enjoyed it and would
eat it again. The moral of the story is: ‘it’s what you do with your meat or
meat substitute that matters, when it comes to enjoying a tasty meal’.

In The Times interview Lord
Stern said he predicted that people’s attitudes would evolve until meat eating
became unacceptable. “I think it’s important that people think about what they
are doing and that includes what they are eating,” he said. Lord Stern
than added “I am 61 now and attitudes towards drinking and driving have
changed radically since I was a student. People change their notion of what is
responsible. They will increasingly ask about the carbon content of their
food.” Anthropogenic warming over the last three decades has likely had a discernible influence at the global scale on observed changes in many physical and biological systems (IPCC Report). Experts believe it will continue to do so, if we don't reduce emissions of greenhouse gases and by 2050 maybe we won’t have a choice but to change our diet
to a veggie one, if the increase in global warming continues and exceeds 2 °C. We might only be able to grow food in bioreactors and live on a diet of quorn and whatever vegetable we manage to grow in our own gardens and allotments.

Note: Lord Stern is former chief
economist of the World Bank and now he is a Professor of Economics at the
London School of Economics.