How synchrotrons could aid crop protection 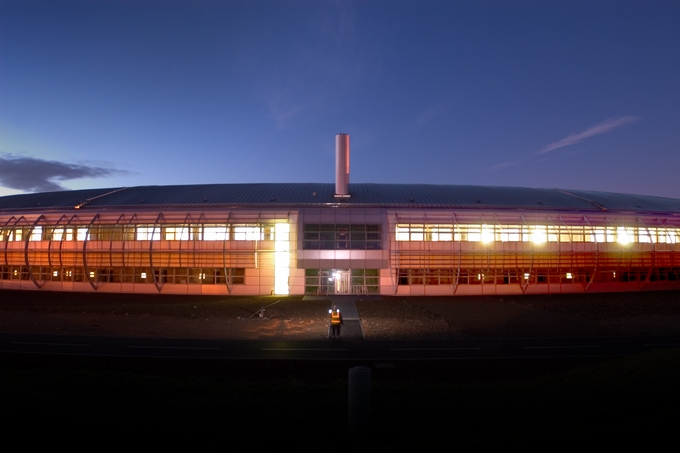 2003 saw construction begin on a facility representing the UK’s largest investment in science for over 40 years. Diamond Light Source opened in 2007 and is an impressive structure on the South Oxfordshire landscape, 10 miles or so from where I’m sitting in CABI’s head office. It is a synchrotron and without synchrotrons scientists couldn’t have carried out groundbreaking research as diverse as studying the life cycle of the deadly malaria parasite in living red blood cells or following the crystallisation of pure cocoa butter to find out the optimum conditions for chocolate manufacture1. Last week saw the 100th structure to be identified by Diamond2.

When I visited the Diamond website, I discovered that synchrotrons are massive machines that produce very intense beams of x-rays, infrared and ultraviolet light: synchrotron light. Humans can detect visible light, a small range on the electromagnetic spectrum, but not radio waves, microwaves, infrared light, ultraviolet light, x-rays and gamma rays. Of course microscopes, in one form or another, have been widely used by scientists for hundreds of years and optical microscopes can focus on objects as small as 0.001 mm, but they are limited by the wavelength of light they use. Shorter wavelengths, such as x-rays, are needed to study smaller objects and this is where Diamond Light Source comes in. In this facility, synchrotron light from infrared to visible light and ultraviolet through to x-rays can be generated. Scientists can study objects in amazing detail under light that is up to 100 billion times brighter than the sun.

The 100th structure to be identified by Diamond was a protein from the antennae of silkworms (Bombyx mori), which is involved in the detection of chemical signals affecting insects’ behaviour: pheromones2,3. The research was carried out by Rothamsted Research and the University of London. Researchers now know exactly where on the odour-binding protein the pheromone molecule binds. The discovery of exactly how insects ‘smell’ chemicals may assist in the development of pest control methods and insect repellents for humans; topics of great interest to us here at CABI.

The specific question posed by the team of researchers was whether pheromone molecules were transported to a receptor by the protein or if a protein-pheromone complex was formed2. X-ray images produced by the synchrotron showed a change in the protein structure when bound to a molecule of bombykol, the moth pheromone. It is thought that the protein-pheromone complex triggers the olfactory receptor, followed by a mechanism to allow the moth to process the odour2.

Chemical odours are released by plants to attract insects and it is hoped that this research will be used to develop pest control, targeted at the pests’ sense of smell and less toxic to other organisms2. Professor Linda Field from Rothamsted Research is keen to find out how the binding works and how it can be blocked; her team is studying mosquitoes and aphids in particular2. As explained by Rob Lind of Syngenta, this area of research is already used to control codling moth (Cydia pomella) in apples where pheromone disruption prevents males from finding females, who subsequently lay unfertilized eggs2. To find out more on this interesting area of pest control, visit CAB Direct where there are more than 300 abstracts in the CAB Abstracts database covering C. pomella and pheromone disruption.

Having spent hours during my PhD following the coccinellid, Stethorus punctillum in an olfactometer, to study its ability to detect spider mites (Tetranychus urticae), this area of research is of particular interest to me. After peering down a microscope for many years, it’s fascinating to read about the technology and uses of synchrotrons, and the level of detail that is available to research. For detailed information on synchrotrons and Diamond Light Source in particular, please visit here. Amazing!