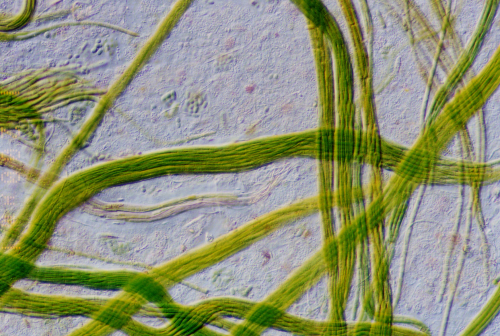 Carbon-neutral because, like plants, bacteria use carbon dioxide for growth. Read on to find out more about this promising new biofuel source.

If you search biofuels in the Environmental Impact resource from CABI, you will find 30 other articles and 5 reviews on the subject of biofuels, while the CAB Abstracts database contains over 5400 records on biofuels. We reported on biofuels derived from algae, bananas, coffee and forestry wastes, among other biofuels, and we have the completely free CABI web resource 'Biofuels Information Exchange', where you can browse through the latest research (with over 35,000 research records on biofuels from our CAB Abstracts database) and discuss issues around biofuels in the forum section. Ideally, we should try to move away from crop-derived biofuels, owing to competition with food crops, especially regarding land and water resources. Therefore, anything which was going to be thrown away (coffee waste) or will grow fast (algae, bacteria) and not compete with other commodities for resources (land, water) has a clear advantage as a biofuel for the future.

Bacteria, such as Pseudomonas putida, Saccharomyces cerevisiae, Lactobacillus bulgaricus, Escherichia coli and Aspergillus niger are used in microbial fuel cells, and converts chemical energy that exists in chemical bonds of organic substrates to electrical energy. Anaerobic bacteria have also been generating methane through anaerobic digestion of wastes. Although methane is the worst of the greenhouse gases, it is also a valuable fuel, which can and should always be captured from waste streams, cleaned up, and used as fuel.

Researchers from the Biodesign Institute of the Arizona State University (ASU) came up with yet another biofuel, which is produced from bacteria fed on waste gases and sunshine. Bacteria grow very fast, which makes the idea of using them very promising. The ASU team used the tiny photosynthetic cyanobacteria (also known as blue-green algae or blue-green bacteria), which are robust and can grow in quite diverse environments and obtain their energy through photosynthesis. They were grown in constructed transparent tubes (a photo-bioreactor system), which were then placed on one of the roof tops at the campus. They can be placed just about anywhere, as long as there is plenty of sunlight. The process works by providing the bacteria with carbon and nitrogen sources, which can be the waste CO2 gas produced by power stations and nitrogen from agricultural run-off water contaminated with nitrogenous fertilizer. The ASU research team showed data that suggest photosynthetic microorganisms can produce 72000-130000 litres of lipid per hectare per year, compared with less than 1000 L for oil crops, such as sunflower and soybean.

The next phase of the project will involve scaling up the bioreactor by constructing a 2.5 acre field scale system near a local power plant.

The team highlighted the advantages and benefits of their bacteria-based biofuel: