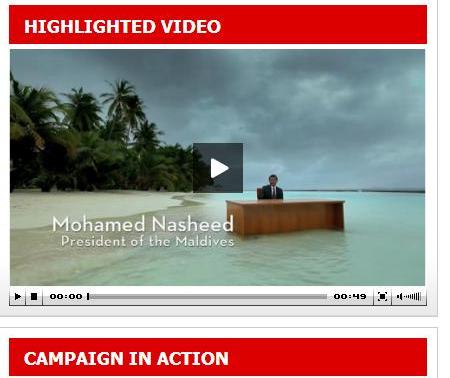 Climate change is here and threatens us all; say Hollywood actors, film directors, environmentalists and politicians in a new UN public service announcement series, launched this week, urging viewers to sign the Climate Petition on the Seal the Deal!

The hard-hitting, “Seal the Deal!” public awareness campaign was launched at the start of Global Climate Week, 21-25 September 2009 and was shot in six locations across four continents.

Hamburg’s Climate Week aims to generate international awareness and to contribute to helping world leaders make decisions in Copenhagen that will steer economies and populations towards a healthy future. Over 60 events are scheduled, including the launch of a research boat, the Aldebaran, which is intended to serve as a symbol for successful dialogue between science and the media. Secretary-General Ban is leading the call for communities around the world to take advantage of the designated week to encourage leaders to seal a fair, balanced and effective agreement on climate change, stating that “no issue is more fundamental to long-term national security and sustainable prosperity.”