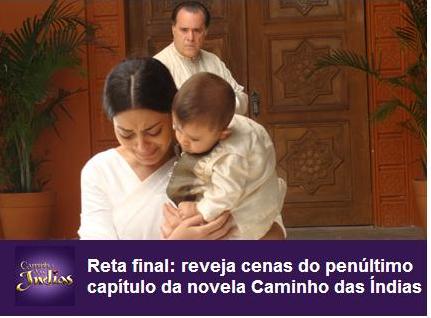 A bit of CNN news on how Brazil's soap opera are linked to a dramatic drop in birth rates in Brazil, was brought to my attention by fellow
‘handpicked’ blogger Mark Palmer, as I’m the Brazilian blogger at CABI.
Although the CNN news is reporting a new study result on the subject, this is
actually quite old news. I remember attending a seminar in the late 1980s,
delivered by a Brazilian sociologist, on how the population census had greatly
over-estimated the population increase in various South American countries,
especially Brazil,
because the census hadn’t allowed for the effect soap operas would have on
influencing people’s behaviour with regard to birth control. Read on to find
out the results of recent research on the subject.

Many Brazilian soap operas (novelas) tend to portray middle and upper-class consumer families
who have no more than 2 children. Soap operas followers consciously or
subconsciously aim to achieve the life styles they see in these soap’s and
having less children is one aspect of the life style portrayed. The CNN article
quotes a study by Joseph Potter, a University
of Texas sociologist, who has
published various papers on population issues in Brazil. The study analyzed 115
Globo novelas aired between 1965 and 1999. It showed that 72% of the main
female characters had no children, and 21% had only one child. As Alberto
Chong, one of the study's co-author pointed out “they have been a powerful
medium through which the small family has been idealized." Despite a
religious culture that condemns modern family planning methods, birth rates in Brazil
have decreased from 6.3 children per woman in 1963 to 2.3 in 2000. This drop is
of a similar scale to that seen in China, where the government has
played an extensive and controversial role in controlling population numbers.

As well as fashioning lifestyle choices, the novelas contribute to an increasing
awareness and tolerance of difficult social issues. Bruno Gagliasso is the star
of one of the most popular novelas in Brazil, where he plays Tarzo, a
recently diagnosed schizophrenic fighting not only himself but the stigmas of
mental illness. "We're showing a disease that people ignore," he told
CNN. "And we're able to expose it to society as a whole." I must also
add that many Brazilian soap operas also portrays other more interesting and
inspiring issues, including historical issues, such as slavery, for example.

As I searched the CAB Abstracts database for more articles on
the subject, I found four, and one of them by Laveaga et al. entitled “Let’s become fewer: soap
operas, contraception, and nationalizing the Mexican Family in an overpopulated
world” discusses a soap opera aired in Mexico City aiming at deliberately lowering
birth rates in the country in the 1970s and 1980s.

Finding opportunities to insert health themes into novelas is described by some in the
industry as 'social merchandising' and its effects are quantifiably real. Globo
TV executive Luis Erlanger says that one episode, which featured a young girl
in tears as her head is shaved in preparation for chemotherapy, prompted 23000
bone marrow donations in the month after it first aired. Despite this, Erlanger
is quick to assert that Globo's priority is always with entertainment and that
social issues will never dictate plot. But perhaps it should!

The power of the media to change people’s opinion and
behaviour is no new finding to any of us, and this is true not just for Brazil or South America,
but just about anywhere in the world. We can see how people’s perception and
action with regard to being environmentally aware to save the planet has
changed in the past decade or so, and more so recently owing to the prominent
place global warming and climate change have taken in the world media. Perhaps
it’s about time soap operas and film producers, not just in South
America but everywhere else in the world, place important
environmental issues such as global warming in a prominent place in their
soap/film plots, too, to achieve even more action toward protecting the planet. However, there's hope because, as mentioned by Manoel Carlos, Brazilian writer of novelas since 1978, in the CNN news article, he sees the inclusion of health themes and information as a personal responsibility. "Novelas are used to sell cars and freezers, so why not sell some good information?"