Can protected areas prevent Amazon dieback due to climate change? 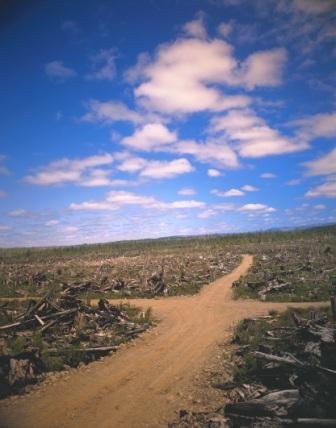 The Amazon rainforest has been subject to many scientific studies on climate change impacts especially considering its extensive, wide-ranging biodiversity, and huge reserves of carbon and water. At the Copenhagen climate change congress back in April it was suggested that we may already have passed a tipping point and that the Amazon rainforest is on course to progressively dry and lose a large proportion of its forest cover over the next few decades even if greenhouse gas emissions are curbed.

A recent paper published in PNAS (Walker et al. 2009) has suggested that a system of protected areas in Brazil might avoid such a tipping point with massive conversion of dry forests to fire-prone, semiarid vegetation particularly along the south and southeastern margins of the basin. The authors ran simulations with a regional climate model under a variety of external forcing conditions. For modelling purposes the extent of existing protected areas covers ~37% of the basin. Interest focused on the drier systems of the Amazon notably the savannahs (cerrados) and deciduous forests. The results suggested that some of these areas became wetter and some drier during the dry season, although more land became drier. Rainfall reduction, even when it occurs, never falls below ~92% of the baseline magnitude. Nor do moist systems that grow drier experience extreme desiccation. Dry season rainfall for moist forests falls little (>10%) and daily precipitation remains above the baseline. These simulations support findings from other studies which have suggested that rainfall may increase with Amazonian deforestation before declining and the authors state that the Amazonian tipping point may occur at levels of deforestation considerably beyond the 30-40% that has been suggested. The ecosystem analysis demonstrates that “even with high levels of deforestation, desiccation-driven savannization is not an immediate threat to the Amazon basin.” However, as the authors point out, this conclusion rests on the assumption that the protected areas remain largely preserved. In Brazil, legislation mandates a “reserva legal” which requires that forests cover 80% of private landholdings of 100 ha or larger.

It is suggested that although existing protected areas in the Amazon can help prevent basin-wide die-back, their current extent may not be enough to adequately protect and maintain substantial levels of biodiversity. The Brazilian government need to look to expanding the current system of protected areas and pass legislation further protecting forested private lands to preserve its precious ecological heritage.