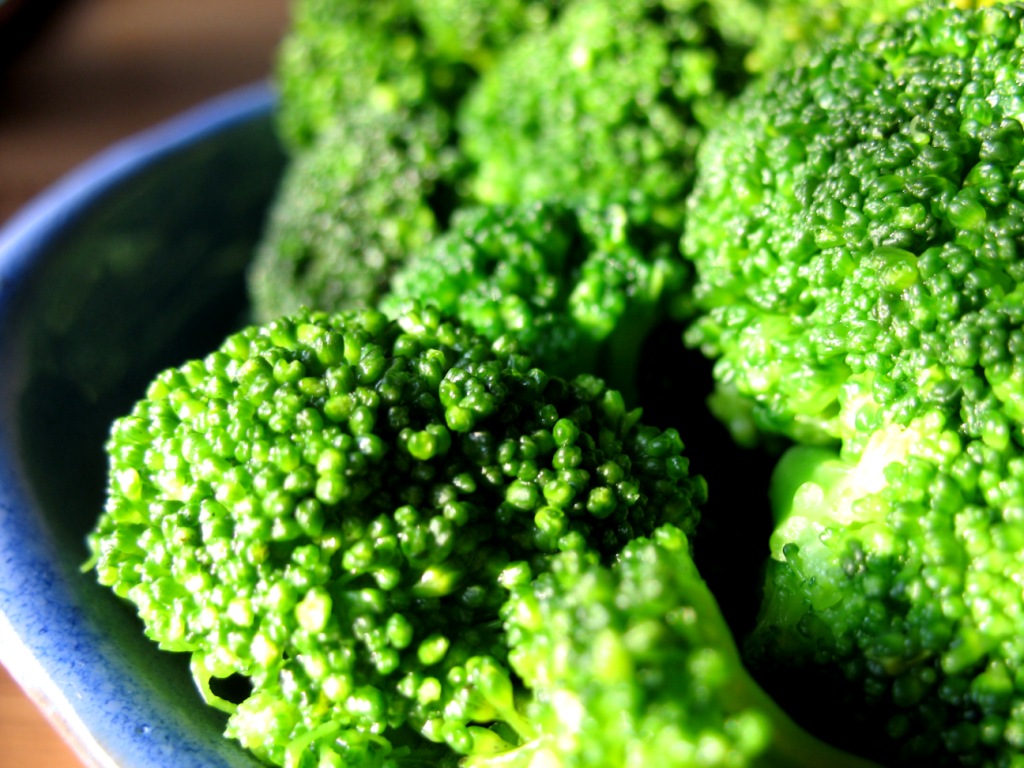 I came across an interesting research finding in a news feed the other
day. Eating 75 grams (2.5 ounces) of broccoli sprouts a day could reduce the
risk of stomach ulcers and probably stomach cancer, cancer of the oesophagus,
bladder, skin and lung among others.

The Japanese study was led by Jed W. Fahey, a research associate at Johns
Hopkins School of Medicine who said "I have to be careful about how
enthusiastically I state the case. This was a small trial, but the evidence is all pointing toward broccoli
or broccoli sprouts being able to prevent cancer in humans."

The chemical in broccoli responsible for the protective effect is
sulforaphane and Fahey’s group first described it as a potent antibiotic
against Helicobacter pylori in 2002. The Japanese study, reported in the
April issue of Cancer Prevention Research (1), was designed to show whether eating broccoli sprouts, which
are rich in sulforaphane, resulted in lower levels of H. pylori, a
bacterium that is closely associated with the risk of stomach damage and
gastric cancer. The study was done in Japan because the rate of H.
pylori infection there is high. Though about 25 to 30% of Americans are
infected, "in Japan
there is infection at levels approaching 90% because of crowding and poor
economic conditions," Fahey said. The bacterium is spread by
person-to-person contact.

The study included 48 infected people. Half ate 70 grams a day of broccoli
sprouts, and the others ate alfalfa sprouts, which do not contain sulforaphane.
After eight weeks, tests showed significantly lower levels of H. pylori
infection in those who ate broccoli sprouts, with no reduction among the
alfalfa sprout eaters. H. pylori is a known carcinogen and the fact that
the study was able to reduce the effects of an infectious agent that is also a
carcinogen suggests that if someone were to eat broccoli sprouts or broccoli
regularly, it would reduce levels of H. pylori and, over a period of
many years, reduce the chance that they would get that cancer. It is not
proven, but the results are highly suggestive.

The sprouts specially, before broccoli becomes a plant are rich in
sulforaphane. It is formed only when broccoli or sprouts are macerated by the
chewing process, which causes the cells to break and the chemical is formed. Sulforaphane
then causes the liver to produce an enzyme that is important in deactivating
cancer-causing agents. People who eat more broccoli train their liver and other
cells to destroy cancer-causing agents, such as H. pylori.

By searching the CAB Abstracts database, I found over 100 records on
broccoli and sulforaphane, including one by Vermeulen (2),  who showed higher amounts of sulforaphane
were found in the blood and urine when broccoli was
eaten raw (bioavailability of 37%) than when cooked (3.4%).

I was quite pleased about these findings, as broccoli is one of my favourite vegetables, however, I haven't tried eating it raw, but I will give it a go!