Is the Great Barrier Reef on Death Row? 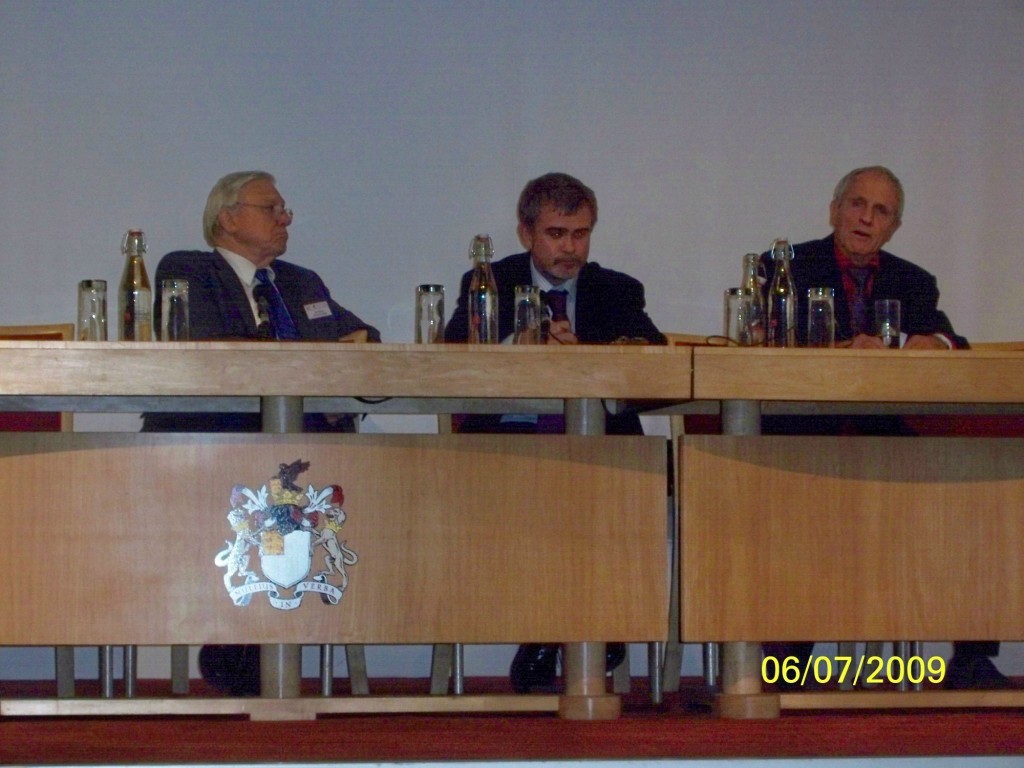 An extract from the public
presentation, by Prof. J.E.N. Veron, with an introduction by Sir David Attenborough,
which took place Monday afternoon at the Royal Society, London. I attended the presentation, which was followed by a summary of a statement produced by the technical expert workshop held in the morning. Above is a photo I took during the event questions session, showing Sir David Attenborough on the left and Prof. Veron on the right.

In his introduction to the presentation Sir David
Attenborough started by saying ‘we all think we know coral reefs, we have seen
it on the telly.’ He introduced Prof. Veron, who he said has the best job in
the world – swimming and studying the most beautiful reefs in the world and
pointed out he produced the definitive catalogue of reefs in the world. During
his research life he discovered that coral reefs are dying and that things will
get worse as CO2 emissions increase. Sir David ended his
introduction by saying we hear a lot about the impact of global warming on the
environment second hand in the media, but today we are privileged to hear about
coral reefs first hand from the world’s authority on coral reefs.

Prof Veron started the presentation entitled ‘Is the Great Barrier Reef on Death Row’ with a background on
corals. Coral reefs are unique. They exist at an interface of the atmosphere
and the ocean. They are geological structures very closely attuned to their
environment and they are very particular about light, temperature and carbonate
chemistry of the ocean. Reefs are nature’s historians; they are made of
limestone and so are preserved in fossils; every fossil is a book of the
environment that existed.

He also discussed the history of coral reefs mass extinction
from the Ordovian, millions of years ago, to today, showing that extinction
happened in each era and the reefs managed to reform themselves. Carbon dioxide
concentrations in the atmosphere went up and down over each era, but only now
it has been linked to coral reefs mass extinction, which coincided with periods
of high CO2 in the atmosphere. However, corals are very good at
recovering from mass bleaching in a matter of a few months (from rubble to reef),
but only if the water quality in their environment is good.

Bleaching started happening recently in the early 1980s and
the effects increase with increased CO2 concentration in the
atmosphere, since the oceans absorb 1/3 of the CO2 we produce. The
effects of increasing CO2 concentration on coral reefs were shown and
are as follow:

The morning technical workshop meeting group, which included
marine scientists and climate change experts produced a statement, which concluded that at today’s CO2 levels of 387 ppm
reefs are seriously declining. Proposals to limit CO2 levels to 450
ppm will not prevent catastrophic loss of corals, and other human impacts will
prevent coral reefs from recovering. This is just a brief summary of the statement, which contains many more recommendations in
more detail.

This link to the statement was just emailed to me by Prof. Veron, as I was writing this blog.

All the participants of the workshop and the presentation
audience signed the statement, which is going to be sent to Copenhagen before the December meeting of the UNFCCC and Kyoto protocol parties.

Many other ocean life forms are affected by mass bleaching,
but it’s only the coral habitat that is lost. Coral reefs loss will also result in large economic losses from tourism and, more importantly, a loss to a large section of the population mainly in developing countries, who depended on coral reefs for food and
their livelihoods.