What’s next after Kyoto? Day 2 at the Copenhagen Climate Conference

The second day of the Climate Change conference in Copenhagen opened with plenary session speakers examining how the global energy system needs to change to mitigate the impacts of climate change.

The magnitude of the changes required is huge and needs to globally integrated and engaged at local, national and international levels. Professor William Nordhaus, an economist from Yale University, stated in his address that “raising the price of carbon is the only way” to achieve meaningful reductions in CO2 emissions. But he stressed that it must be the same price worldwide with the costs of non-participation in limitation agreements higher than previously thought.

He expressed the opinion that the Clean Development is “really a sham” and advocated carbon tax systems as the way forward as a tried and tested approach to limit emissions. Nordhaus urged the international community to modify the existing cap and trade structure to one based on carbon taxes. Modification of the Kyoto Protocol to include tax type systems would involve attaching a minimum carbon price all emissions globally. Under this system countries would only have to ensure their domestic carbon price matched an international minimum.

Professor Dan Kammen (Renewable and Appropriate Energy Laboratory, Berkeley, Univ. California) argued for a far more aggressive approach to initiate change. He felt that energy efficiency measures, stringently implemented, could lead to massive savings in emissions, costing less than predicted and promoting innovation and competitiveness. Considering renewable energy, he pointed out that solar energy is currently the largest source of electrification in Kenya with 30,000 new systems being installed annually. These systems are mainly the low efficiency amorphous PV panels but with the advantage of being lower cost than the higher efficiency panels more commonly utilized in developed countries. 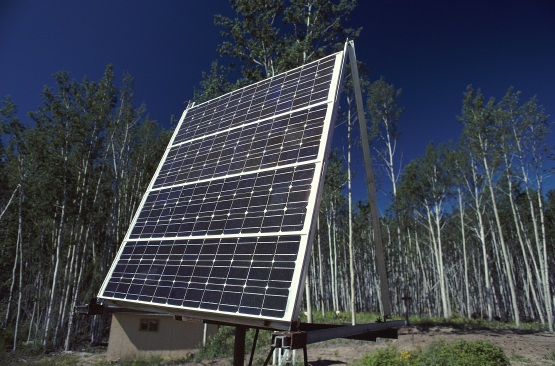 Kammen presented a model of municipal clean energy financing currently operating in Berkeley where property owners are being encouraged to apply for loans to invest in solar power and energy efficiency measures. These loans with payback over 20 years, are linked to the property not the owner making it far more attractive to owners wanting to invest in low carbon equity in their property. Ten cities have since adopted this model with similar financing opportunities and, additionally, the city council have received over 1000 serious enquiries.

Following these absorbing presentations I dropped into the daily press conference where a panel of four scientists addressed the question of how far renewables can take us (see press release). It was interesting to hear that renewables, particularly solar and wind energy, could potentially supply 40% of our global energy needs by 2050 but as stressed by Peter Lund (Helsinki University), there has to be a political preference for them over other energy sources.

Jeanette Whitaker (University of Lancaster) gave a brief report of findings from her studies examining first and second generation biofuels. Comparisons of life cycle assessments of first generation transport fuels, such as using wheat or sugarbeet to produce ethanol and second generation biofuels (willow and forestry residues) showed that the most efficient energy conversion was to burn the biomass directly rather than converting to a biofuel. These produced greenhouse gas savings of 90-95% compared with coal fired plants. However, Whitaker stressed that byproducts from first generation biofuels could have secondary uses (spent wheat grains used for animal feed after ethanol production) which would produce savings in emissions (from feed that would not need to be produced).

Altogether, a most interesting day so far…….