Rising sea levels are set to have major impacts worldwide 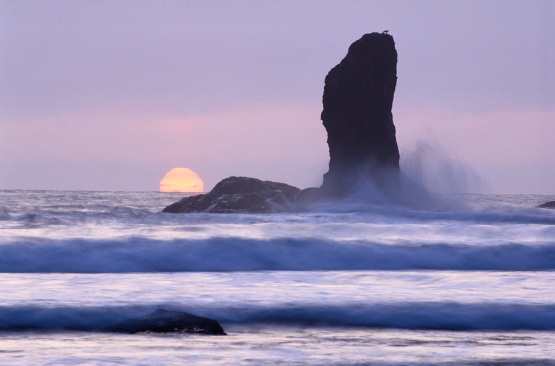 This week, at the International Congress on Climate Change in Copenhagen, more than 2000 participants are gathered to consider more than 1,600 contributions from researchers from more than 70 countries. Preliminary conclusions from the conference will be developed into a synthesis report (to be published in June) which will inform policymakers and scientists at the UN Climate Change Conference (COP15) due to be held in Copenhagen in December.

I am here in Copenhagen attending the conference and will be reporting on key findings and conclusions as they emerge. The conference is huge with many multiple sessions on each day of the proceedings. The research presented today suggests that the upper range of predicted sea level rise by 2100 could be around 1 metre or possibly even more.

Read on to hear my report from the lunchtime press briefing with four leading climate scientists at which Dr Konrad Steffen (Univ. of Colorado), co-chair of the session on sea level rise, emphasized that "sea level rise won't stop in 2100 but will continue to rise after this"…………

Konrad Steffen stated that the IPCC estimates are a "guideline….the best we have currently".

At the press conference, David Shukman (BBC News) asked about the rate of sea level rise as policymakers will "want to know". Steffen responded by saying that although we have reasonably good energy balance models we don't have enough information for a dynamic response model – sea level rise is "accelerating now but we cannot predict [the rate of rise] to 2100".

But Dr John Church (Centre for Australian Weather and Climate Research, Hobart) warned that "we could cross a threshold which could commit the world, over a longer time-frame, to many more metres of sea level rise".

A correspondent from The Times asked whether we have enough information to accurately model ice sheet changes affecting sea levels. Professor Stefan Rahmstorf (Potsdam Institute for Climate Impact Research) replied stating that ice sheet models are at an "immature stage" compared to climate/ocean climate change models. The "main point of the story is ice sliding into the sea and this is not being modelled adequately – lots of factors are not currently understood".

In response to a question on impacts of rising sea levels from a lady from Oxfam, Dr John Church stated that deltaic regions are particularly at serious risk such as large parts of Bangladesh and South East Asia plus island states. Not only from a steady rise in sea level but also from an enhanced cyclone risk.

I was stood nearby as Konrad Steffen was interviewed by David Shukman and Steffen was most emphatic: "sea level rise is real…we have to mitigate today". He went on to state that "600 million people are currently at the threshold of being affected by a rise in sea level" and "we have to act fast".

Prof. Stefan Rahmstorf continued on the theme of rising sea levels in his plenary presentation later in the afternoon where he collated current research on sea level rise, fitting data into a newly devised model to accurately predict sea level rise up to 2100. The model suggests that sea levels will rise beyond IPPC AP4 projections as global temperatures increase. He stated that early reductions in emissions will be more effective at slowing sea level rise that reductions made later on.

Of more pressing concern are the data being presented in the sessions on tipping points later today and to which I am just off to attend. It seems that we are fast approaching several of these where climate change impacts are set to enter a domino effect……..scary stuff….

Watch this space for more reports from the conference.