What do you know about biodiversity? 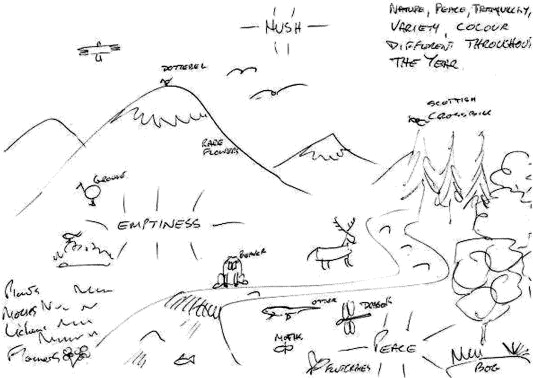 What do you know about biodiversity? Would you like to be more involved in biodiversity management policies in your local area? Biodiversity is a hot topic in environmental sciences and policy, often linked with a growing awareness of the need for sustainability and conservation of a species-rich and diverse ecosystem. Scientists have been exploring biodiversity for many years and suggesting methods for retaining biodiversity but these theories and resultant policies often have little value unless members of the general public are involved and enthusiastic about playing their part in putting these policies into action. As a result, the participation of the public in environmental decision-making and management is increasingly seen as essential for the success of conservation initiatives. But what do the general public really understand about biodiversity?

A recent paper published in Biological Conservation looks to answer this question. “Ecological scientists and conservation practitioners have… argued that a lack of understanding of biodiversity issues by the public is a barrier to their effective participation in decision-making processes,” say the authors Anke Fischer and Juliette Young. They arranged a series of focus groups with members of the general public from the Cairngorms National Park area in Scotland to examine individuals’ mental associations with the term ‘biodiversity’ and the meanings associated with biodiversity-related concepts independent of scientific terminology. Topics explored both verbally and visually included

The authors state that “Our analysis suggests that individuals have certain, often concurrent, characteristics of biodiversity in mind that are clearly evaluated as either positive or negative.” For example, balance was considered as positive with food-webs being closely associated to the concept of equilibrium, and dominance of single species was evaluated as negative. Naturalness, i.e. the absence of human influence on biodiversity was considered by some groups as positive.

Between the groups of participants, four stances can be identified:

Which group do you belong to? Are you a “mountaineer”, a “tourist” or a “forester”? Are you for complete naturalness, careful use, or management and change? Or are you a “resident”, seeing the direct effects of biodiversity management and if so, are you happy with the measures that are taking place? Do you feel alienated from management decisions or are you getting involved?

What does this research tell us going forward? Members of the general public express attitudes towards biodiversity management measures that are “well grounded in complex mental concepts”. Concepts associated with biodiversity are closely linked to individuals’ attitudes towards biodiversity management in general, which varies according to professional background, whether or not they are living in the park, and individuals’ views of humankind. Also, institutional and procedural aspects of environmental management play an influential role especially in those cases where the local population is directly affected by management measures. The authors argue that “approaches that reveal such value judgments and their conceptual contexts are essential instruments for an improved design and communication of biodiversity policies that will be more likely to find public support.”

"Biological diversity means the full range of variety and variability within and among living organisms and the ecological complexes in which they occur, and encompasses ecosystem or community diversity, species diversity, and genetic diversity." Proposed US Congressional Biodiversity Act, HR1268 (1990).

More research on public awareness and understanding of Biodiversity: