Not all doom and gloom (but not far off)…

A news item from Botanic Gardens Conservation International (BCGI)  has reported on the Plant a Billion Trees campaign started in January.  The aim was to have 1 billion trees planted by the end of this year.  This target has not only already been met but more that 13 million trees over the 1 billion have been pledged, with the figure rising all the time. 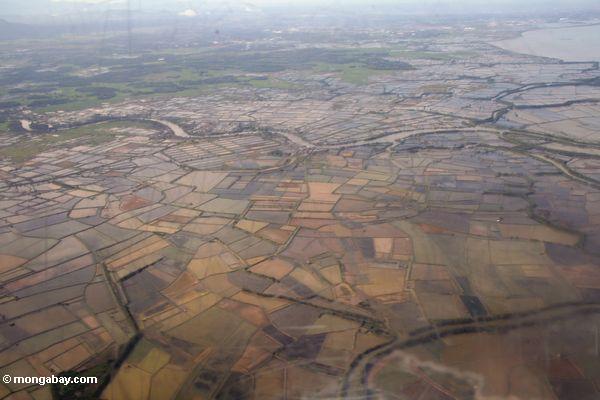 The idea came out of the UN Climate Change Conference in Nairobi, and is a worldwide tree planting campaign, but the Plant for the Planet: Billion Tree Campaign encourages the planting of trees in four key areas, namely:
(i) degraded natural forests and wilderness areas;
(ii) farms and rural landscapes;
(iii) sustainably managed plantations; and
(iv) urban environments.
United Nations Environment Programme (UNEP)

It is argued that planting trees in cooler climates may not help to combat global warming but the UNEP states that “the loss of natural forests around the world contributes more to global emissions each year than the transport sector.  Curbing deforestation is a highly cost-effective way to reduce emissions.”

I thought I would highlight this bit of cheer because in just the last few days plenty of bad news has been reported e.g., digging up the Malaysian forest to bury dead people; and the shrinking of New Zealand’s forests for the second year in a row, where “a third of forests being clear-felled – about 12,900ha – are not being replanted”.  This month it was also confirmed by researchers publishing in Science that “tropical deforestation produces 20 per cent of all carbon emissions caused by humans and destroys long-term carbon sinks”.  However we are doing our bit in the UK, threatening the stability of an ancient forest, and many of the species that live within it, by expanding an airport to enable 10 million more people a year to fly to wherever they need to go.

The volume of depressing news may be as much an indication of the way the global media reports what’s going on in the world, but a search in CAB Abstracts for deforestation, restricted to the last 6 months, gives 221 results – telling, whichever way you look at it.